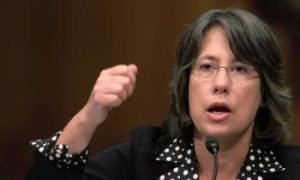 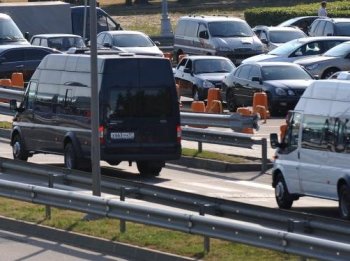 Vans carrying Russian agents deported from the US, leave Domodedovo airport in Moscow on July 9. Russia and the US played out their biggest spy swap since the Cold War at Vienna airport, exchanging 10 agents deported by US authorities for four jailed in Russia. (Alexander Blotnitsky/Getty Images)
US

‘Spy Swap’ between Russia and US Successful

Ten Russian agents pleaded guilty at the U.S. District Court for the Southern District of New York on Thursday and are to be removed from the United States where they lived for several years under false identities.

Most of the defendants admitted that they are Russian citizens and are agents working for the Russian Federation. The Russian Federation will receive the spies in their custody and in turn will release four individuals claimed to be connected to American intelligence agencies, according to the United States Department of Justice.

In a DOJ press release, Attorney General Eric Holder said, “This was an extraordinary case, developed through years of work by investigators, intelligence lawyers, and prosecutors, and the agreement we reached today provides a successful resolution for the United States and its interests.”

The spies were arrested on Sunday, June 27, just days before President Obama met with the Russian President, Medvedev at the White House on Wednesday. Even though President Obama was aware of the Russian spies in the United States, there was no announcement of changes in the relationship between the U.S. and the Russian Federation.

Press Secretary Robert Gibbs said in the briefing on June 29, “I do not believe that this will affect the reset of our relationship with Russia. We have made great progress in the past year and a half, working on issues of mutual concern from a New START treaty to working together on things like in the United Nations dealing with North Korea and Iran.”