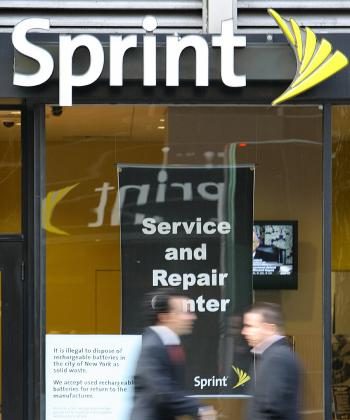 Those numbers were in line with analyst expectations and are hardly the type of figures that would elicit optimism from any business leader. But both company officials and Wall Street analysts believe that things may be looking up for the struggling company.

After months of losing both wireless and business customers, company officials are cautiously upbeat about its future.

“We are operating better entering 2009 but we have yet to turn the corner and we are far from satisfied with our performance,” Sprint CEO Dan Hesse told analysts on a conference call.

Despite the tough economic environment, “we expect wireless communications to demonstrate greater resiliency then many other industries,” Hesse added.

Part of Sprint’s customer losses is due to business downsizing. Sprint has the highest proportion of enterprise wireless customers among the four largest U.S. wireless carriers.

As companies downsize, the number of active contracts for BlackBerrys and smartphones will likely decline. Sprint also is a major player in the wireless mobile broadband market, which is also negatively impacted by layoffs.

Sprint has consistently met analyst expectations and its own financial guidance in recent years. It recently laid off 8,000 workers in an effort to rein in expenses in preparation of a prolonged economic downturn.

“In a tough economic climate, Sprint met its guidance,” Hesse said in an interview with the Wichita Business Journal. “That gives the street real confidence. We also made clear—we put concerns about our financial stability to rest.”

Optimism for Sprint comes in the form of upcoming mobile phones. Palm Inc.’s Pre smartphone has been the most anticipated mobile phone in 2009.

The Pre is Palm’s answer to the BlackBerry Storm and the Apple iPhone. Making its debut at the Consumer Electronics Show, the Pre is fully touch-screen and uses Palm’s new webOS operating system.

Sprint is preparing for a launch before mid-2009 and confirmed that the phone will be exclusive to the carrier through 2009. Sprint and Palm have a good working relationship after Palm Centro’s success with the carrier.

Another highly anticipated arrival for Sprint is its own Android phone, which Hesse confirmed last week in an interview with Fortune magazine. He declined to offer details and a release date, but suggested that the phone will not be tied to Sprint’s new 4G WiMax network.

Some analysts believe that a portion of Sprint’s revenue loss may be offset by growth of its Boost Mobile business. Boost is a no contract, prepaid mobile service, which could see growth as some lower-income customers shy away from traditional mobile service.

But others caution that while the nation’s third largest wireless carrier has almost $4 billion of cash on hand, continued customer losses or a botched Palm Pre rollout can quickly sour its fortunes.

Sprint doesn’t have the deep pockets of its competitors, whose parent companies are much larger and have more diversified revenue streams. Fourth largest U.S. carrier T-Mobile is a subsidiary of German telecom giant Deutsche Telekom.

“I can assure you that I and my entire leadership team understand the urgency of improving our relative performance in this industry,” Hesse said to analysts on the call.