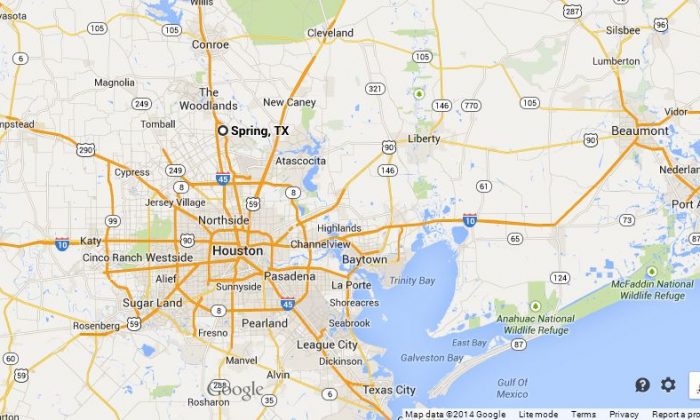 At least six people are dead after at least seven were shot in Spring, Texas on Wednesday.

The shooting happened at a home in the 700 block of Leaflet in the Enchanted Oaks neighborhood.

Deputies responded to the scene and found the victims.

The shooter, who has not been named, then led police on a chase that ended a few miles from the shooting, reported KHOU.

The suspect is a relative of the victims.

A woman with a gunshot wound to the head was able to tell police who the shooter allegedly is and that he was planning on going to another residence to attack more family members, reported Click2Houston.

That’s when police took after after him.

The suspect is currently in a vehicle surrounded by at least a dozen police cars.

[View the story “st” on Storify]