On Plagues, Prophesies, and Truth Falling by the Wayside
0 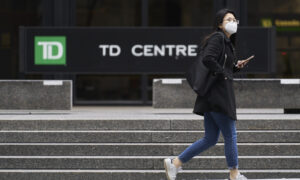 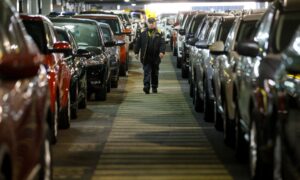 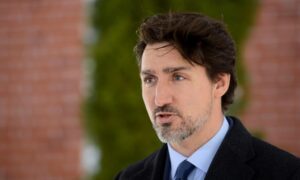 Federal COVID-19 Benefits Open for Application, Payments Will Be Made Within 3-5 Days
0 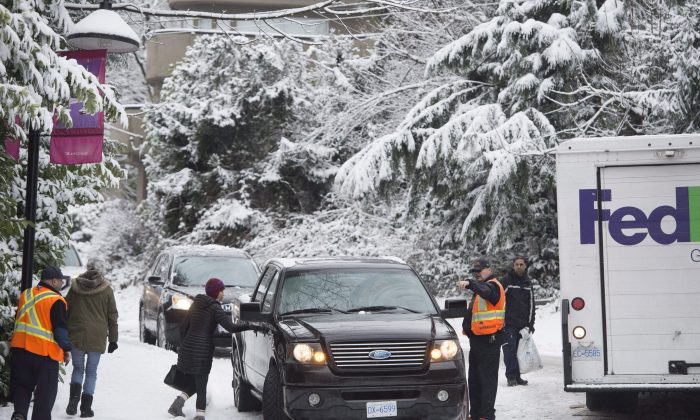 =Vehicles get stuck on a snow-covered side street in North Vancouver on Feb. 3, 2017. The Weather Network spring forecast calls for Canadians to expect more storms before the wintry weather ends. (The Canadian Press/Jonathan Hayward)
Canada

Spring Is Coming, but Winter Has ‘A Bit of Bite Left,’ Forecaster Says

Despite unusually warm temperatures in parts of the country, a forecaster says bouts of late winter weather are expected for many regions through March, with more springlike temperatures to arrive by May.

Scott, chief meteorologist at The Weather Network, says the clash between warm weather coming up from the south and the fairly typical cold of Northern Canada will cause snow in March and rain in April and May.

In concrete terms, he says that means residents of Western Canada have great conditions for skiing, people who live along Manitoba’s Red River Basin should watch out for flooding, and those in southern Ontario should keep their snow tires on.

Residents of Quebec, the Atlantic provinces, Yukon, Northwest Territories, and Nunavut can expect near normal temperatures and precipitation this spring.

The weather patterns across Canada are pretty wild.
— Chris Scott , The Weather Network

Scott says it’s a continuation of one of the strangest Canadian winters on record.

“The weather patterns across Canada are pretty wild,” he said.

Some examples, he said, are snowstorms in Atlantic Canada, temperatures rising to the teens in southern Ontario and Quebec, and bigger snowbanks in February in Coquitlam, B.C., than in Toronto.

Even a small change in ocean temperatures will affect the amount of moisture in the air, which has an effect on the weather. Because El Nino and La Nina are located over wide swaths of the ocean, they can “change the overall weather patterns around the world,” Scott said.

Last year’s El Nino was one of the strongest in history.

A typical pattern would involve a switch to La Nina within a period of two to seven years. For that switch to occur in a matter of months is unprecedented.

Scott said it has never happened before in the 75 years of recorded meteorological history.

“Within one year we’ve gone from a super El Nino, very strong, and then a weak La Nina, and all of a sudden back to El Nino,” he said. “The speed of that flip is something we haven’t seen before.”

He added that winter has “a bit of bite left in it,” but much of the country will welcome near or above seasonal temperatures by May.