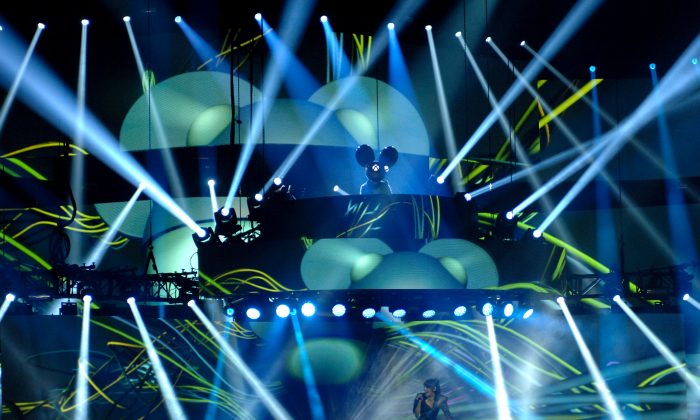 Deadmau5 with Colleen D'Agostino performs at the 2015 JUNO Awards at FirstOntario Centre on March 15, 2015 in Hamilton, Canada. Deadmau5 will perform at the Spring Awakening Festival in June 2016. (Photo by Sonia Recchia/Getty Images)
Entertainment

The complete lineup for the electronic music Spring Awakening Festival was revealed on April 28, along with a change in location.

The fifth-annual event will take place at Chicago’s Addams/Medill Park in University Village, instead of Jackson Park, during June 10-12.

“After experiencing scheduling conflicts with the event’s initial venue of Jackson Park, Spring Awakening is happy to reveal the new and improved location for the festival’s 2016 installment. This year, attendees will experience the event on the sprawling, grass-laden fields of Addams/Medill Park, located in the Near West Side Community of Chicago,” said a statement on the festival’s website.

It will feature five stages, including two main stages, a first for the festival, and will host over 100 acts.

Headliners in the first main stage, the DJ STAGE, will include BOVE & BEYOND, KASKADE, THE CHAINSMOKERS, STEVE AOKI, DILLON FRANCIS, CARNAGE, NICKY ROMERO, DVBBS and DASH BERLIN, and more.

The BASS KITCHEN, BODY LANGUAGE and TRANCE ARENA stages will also be set up in the festival.

Thanks for hanging in there with us #SAMF fam! It’s finally here! Full Lineup and New Location Announced! pic.twitter.com/jgbNROT7dV

For more information on the festival you can visit the website: SpringAwakeningFestival.com.