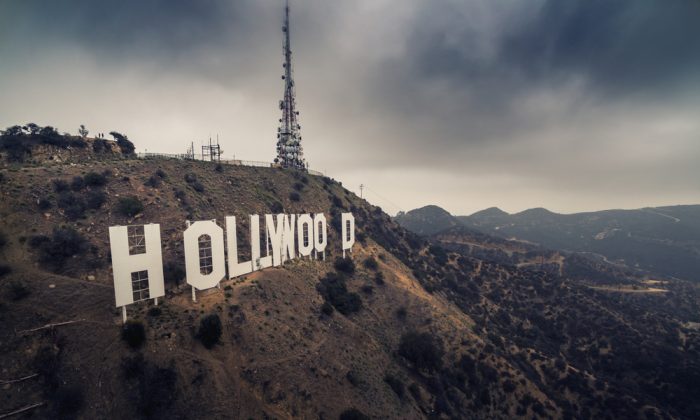 Spreading the Red Stain: The Communist Infiltration of Hollywood

Pro-communist writers, actors, and filmmakers on the “Hollywood blacklist” of the 1940s and 1950s have in recent years gotten positive press. The blacklist itself is now often viewed as an example of government censorship, a product of the heavy-handed tactics of the now-defunct House Un-American Activities Committee, which aimed to ban and suppress communist movements in the United States.

But the situation is more complicated than these current views admit. History shows many on the blacklist may have been placed there for good reason, since many were revealed to have worked as Soviet agents, and shaped pro-communist narratives through film.

A closer look reveals a circle of individuals—some taking direct guidance from Soviet Russia—who were advocating for the violent overthrow of the U.S. government. The creation of the Hollywood blacklist was a response to this circle that had transformed America’s entertainment industry into the propaganda tool of a murderous, totalitarian regime, while also attacking the values and ways of life of the American people.

Ahead of World War II, many members of the Communist Party of Germany, the second-largest communist group outside Russia, left Germany for other parts of the world.

Many of these individuals were rejected as undesirables by other developed nations such as the United Kingdom, and so they headed for the United States. After their arrival, many writers and filmmakers joined the ranks of American Communist Party groups.

This gave rise to popular front movements supporting Soviet infiltration of art and culture venues and the penetration of political institutions in the mid-1930s. With this system, communists planned to do what the brutal dictators Vladimir Lenin and Josef Stalin had done successfully in Soviet Russia: transform the entertainment industry into a tool to spread communist ideology and propaganda.

According to Michael Kazin, a history professor at Georgetown University, this grand-scale takeover scheme began in 1930s Hollywood with influential film industry leftists such as Yip Harburg, songwriter for “The Wizard of Oz” and of the song “And Russia Is Her Name” used in the film “The Song of Russia.” Harburg was one of the leading pro-Soviet artists in Hollywood’s motion picture industry.

Harburg and other pro-Soviets wielded psychological influence over the movie-going public. They were shaping the narratives that American audiences—and the world at large—were taking in through cinema.

Many of these Hollywood writers, producers, and directors, some of whom were staunch Communist Party members, made films that contained pro-communist and pro-socialist ideals and ideologies. In a way, a large portion of the films of that earlier era were art projects that were thinly disguised vehicles for subtle forms of communist indoctrination techniques—vehicles meant to replace the American principles of liberty and individual rights with ideologies of atheism and class struggle.

Among these was John Garfield, a well-known actor who in a June 1950 issue of the Red Channels—a publication dedicated to exposing communism in the entertainment industry—was revealed to have connections with 17 different communist organizations.

The enthusiasm for using movies to deliver propaganda came from the top of the Soviet regime. Kenneth L. Billingsley writes in his book “Hollywood’s Missing Movies” that Stalin was an ardent cinephile who was tremendously excited by the promise that film had for extolling communist ideals.

The use of film as a propaganda tool dates back to the early years of the communist movement.

Bolshevik dictator Lenin was the first communist leader to recognize the importance of enacting thought-manipulation through moving pictures, on a worldwide scale.

In 1919, when both cinema and the Comintern (the Communist International) were in their respective infancies, Lenin is reported to have declared to his commissar of education, Anatoly Lunacharsky, “You must always consider that, of all the arts, the motion picture is for us the most important.”

‘Turn It Against Them’

Referring to the film industry, Münzenberg wrote in a 1925 article for the CPUSA newspaper Daily Worker that “one of the most pressing tasks confronting the Communist Party in the field of propaganda, is the conquest of this supremely important propaganda unit, until now the monopoly of the ruling class.”

He added, “We must wrest it from them and turn it against them.”

Münzenberg believed the 1930s were the perfect time for the American communists and their overseers to strike. The Great Depression was in full swing. As many Americans sought distraction through entertainment, Münzenberg viewed it as a chance to indoctrinate theatergoers against capitalism.

Billingsley writes in his 1998 book, “Hollywood Party: How the Communist Party Seduced the American Film Industry in the 1930s and 1940s,” that V.J. Jerome, who was the CPUSA’s cultural commissar, had set up an official Hollywood branch of the Party by 1935. This branch of the Party was a covert unit, hidden from the public eye.

With this secret unit, the CPUSA was free to clandestinely recruit new Party members, infiltrate film industry guilds and unions, and raise money for pro-Soviet causes.

Among these Communist Party subversives in Hollywood were people like renowned screenwriter Walter Bernstein, who stated in his 1996 autobiography that “we had our own sly arithmetic; we could find fronts and make two become one.” In other words, through popular fronts, non-communists would advance the communist agenda, and this would be done in a “sly” way, with the fellow travelers perhaps not realizing they had been used.

Naturally, the authorities became more than a little suspicious about these various shadowy communist activities. Congress responded by forming the House Un-American Activities Committee in 1938 to investigate.

Human Events reporter Allan H. Ryskind states that the House committee “uncovered over 200 Party members in Hollywood,” although Ryskind says his father, a screenwriter in Hollywood at the time, believes the actual number was closer to 300.

Ryskind says that in spite of the ongoing investigations by the committee, by the mid-1940s the American communists had thoroughly infiltrated Hollywood from top to bottom, although most of them were well hidden—in line with Communist Party doctrine to conceal their aims—and would never publicly acknowledge their Party membership.

In his book “Hollywood Traitors: Blacklisted Screenwriters—Agents of Stalin, Allies of Hitler,” Ryskind writes: “Nothing the Communist Party in America ever did was without direction from the Kremlin. Nothing.”

Those on the Hollywood blacklist were not anti-fascists, but instead switched their allegiances alongside changes in Soviet policy. Included in their activities, Ryskind notes, was the odd courtship that many Communist Party members had with Adolf Hitler’s National Socialist Workers’  (Nazi) Party.

“When Hitler initially threatened Russia, Hollywood’s Party members, under Moscow’s orders by way of Party headquarters in New York, were passionately anti-Nazi,” Ryskind writes. “When Hitler turned his guns against the West—enabled by his 1939 Pact with Stalin—they devoted the whole of their lives to crippling the capacity of the anti-Nazi nations to survive.”

Only after Hitler surprised Stalin with the Nazi invasion of the Soviet Union in 1941 did the communists in Hollywood again turn on Hitler.

Ryskind writes, “They were not honorable anti-fascists or patriotic Americans, as their defenders argue, but loyal Soviet apparatchiks, a fifth column working for Stalin.”

This same glorification of dictators and mass murderers continues in today’s Hollywood. Ryskind notes Hollywood has even romanticized communist figures, including Che Guevara and Fidel Castro. Che personally executed 180 people and ordered the deaths of thousands of Cubans, including women and children.

Arthur Eckstein, an American historian and distinguished professor of history, writes that the Hollywood establishment has never lost its love affair with the Communist Party in both a political and cultural sense.

He notes a gala celebration on Oct. 27, 1997, sponsored by various filmmaking organizations and guilds including the Screen Actor’s Guild and the Writer’s Guild of America, to mark the 50th anniversary of the original House Un-American Activities Committee hearings.

The gala’s large audience glorified those the committee had identified as the “Hollywood Ten,” referred to by some as the “Unfriendly Ten.” The event portrayed these men as American “martyrs” and “nonconformists” in the face of authoritarian tyranny.

They even had major stars reenact cherry-picked parts of the committee’s hearings that suited the Hollywood establishment’s revisionist narrative. This included a reenactment featuring Billy Crystal playing the part of actor Larry Parks, who in 1951 admitted he had been a Communist Party member, thus ruining his career.

Other actors likewise contributed their acting chops to the event, including John Lithgow and Kevin Spacey. The gala culminated with the appearance of some of the surviving members of the Ten, who were met with cacophonous applause.

Hollywood’s romance with communism—an ideology that has led to famine, wars, and genocide around the world, and that has claimed the lives of over 100 million people—continues to this day.

Lenin seems to be next up to receive his Hollywood makeover, with actor Leonardo DiCaprio courting the Russian film industry for the role of the dictator who Russian novelist and historian Aleksandr Solzhenitsyn estimates killed between 60 million and 66 million people.

In a review of Ryskind’s “Hollywood Traitors,” Allan C. Brownfield writes:  “Whatever one thinks about Congress’s role, it is hard to understand how Communist writers who worked so hard for another nation and against their own country’s interests have become heroes to many liberals. How do they respect men and women who claimed that Hitler was evil one day and embraced him the next, not out of any genuine conviction, but out of their ingrained habit of following Stalin’s lead as they did in all things?”

Johnathan Gray is an author, filmmaker, and Army veteran. He is published here under a pen name, since expressing anti-communist views could damage his career in Hollywood.

Communism is estimated to have killed at least 100 million people, yet its crimes have not been fully compiled and its ideology still persists. The Epoch Times seeks to expose the history and beliefs of this movement, which has been a source of tyranny and destruction since it emerged. Read the whole series at ept.ms/DeadEndCom