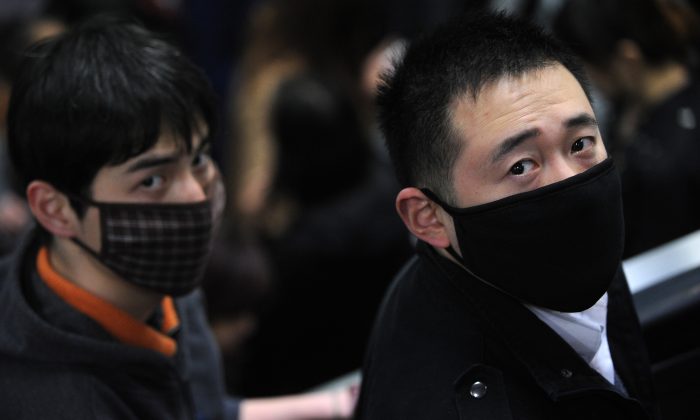 Official figures state that 10 people have died of the 38 reportedly sickened with the H7N9 virus in China. Information shared online, however, suggests many more have contracted the virus, and arrests have been made in several provinces for “rumor mongering.“

Authorities in at least six provinces arrested more than 10 people for allegedly making up or disseminating false information about the epidemic.

An April 10 report on the website of state broadcaster China Central Television said: “Recent official investigations in several places of the fabrication and spread of rumors about the H7N9 epidemic have led to the arrests of around a dozen people.”

Chinese authorities are believed to have suppressed information about the March 10 death of a man from the virus because of the important political meetings in Beijing when the new Party leadership was being inaugurated, according to a report in Southern Metropolis Daily cited by Agence France-Presse (AFP).

As the annual gatherings of the National People’s Congress and the National Committee of the Chinese People’s Political Consultative Conference were in session at that time, the news of the bird flu death was not released until March 31, the report said. Authorities may have covered up the outbreak to prevent any impact on the meetings or on political stability.

The Communist Party has had a policy of downplaying the severity of epidemics, as in the SARS epidemic.

In 2003, Chinese police arrested a number of “rumor mongers,” before the regime acknowledged under-reporting the true figures of SARS patients.