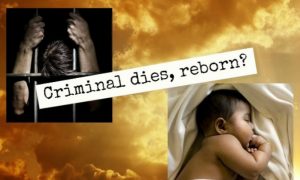 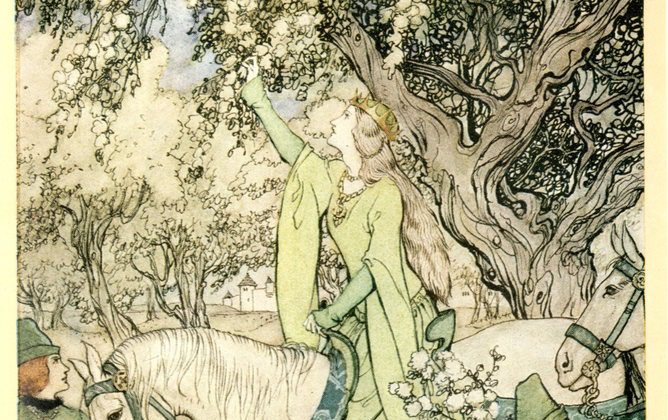 King Arthur is back at his mythical home – Wales. Guy Ritchie’s Knights of the Roundtable: King Arthur is currently being filmed in Snowdonia, starring Charlie Hunnan opposite villain Jude Law. This in the same week that Bangor University’s rare books collection boasts the extension of its Arthurian archive after a generous donation from Flintshire County Library.

Ritchie’s surefire Hollywood blockbuster is due to be released in the summer of 2016, and there are early reports that it could be the first of up to six films.

Yet another film about King Arthur, possibly six? You might have thought that there have been enough renditions of the Arthurian legend to occupy anyone remotely interested. In just the last 15 years we’ve had the BBC’s Merlin. Joseph Fiennes starred in another TV series, Camelot. Then there was King Arthur, the 2004 film starring Clive Owen and Keira Knightley. The more gritty historical version in 2007’s The Last Legion. The list goes on.

But it seems that we just can’t have enough of all things Arthurian – the legend and its many possible permutations never cease to fascinate.

By choosing to shoot parts of the film in North Wales, Ritchie signals that he’s taking the legend back home, where some of the stories – and our obsession – originated. We know that Jude Law’s villain is the warlord Vortigern, which hints that Ritchie is returning to one of the first legends about Merlin.

The story goes that Vortigern, fleeing from the Anglo-Saxons, was trying to build a fort at Dinas Emrys, but the tower his men built kept on collapsing. A young Merlin (in the legend, Ambrosius – Emrys in Welsh) reveals that this was happening because two dragons, one red, one white, were fighting in a pool underground and so toppling Vortigern’s tower. Merlin prophesied that the red Welsh dragon was to overcome the white Saxon dragon.

This legend of Dinas Emrys reaches back to the Welsh Dark Ages. So our fascination with all things Arthur is far from new. Arthur’s roots are in the historical record and have seen innumerable incarnations over the centuries. He first appears in the sixth century, when the Welsh monk Gildas states in his De excidio et conquestu Britanniae (Of the Ruin and Conquest of Britain) that he lived within 45 years of the Battle of Mount Badon, where the Britons were victorious. Gildas does not mention Arthur by name, but in the ninth century Nennius, another Welsh monk, writes that Arthur led and was victorious against the Saxons in 12 battles.

Then in the tenth century Annales Cambriae (Annals of Wales) Arthur is mentioned as the victor against the Saxons at the Battle of Mount Badon in 516, and Arthur and “Medraut” are mentioned fighting at the Battle of Camlann in 537.

With the arrival of Geoffrey of Monmouth’s Historia regum Britanniae (History of the Kings of Britain) in the 12th century, a new era began for the Arthurian legend. Geoffrey made Arthur a king, and Merlin his adviser. In doing so he opened up the floodgates for the abundant medieval vernacular retellings of his story in romance form. Arthur and his Round Table soon found themselves in a mini-European Union of sorts: each nation invented a hero who joined the merry crew. Their stories were retold in almost every European language.

Thomas Malory’s 15th century Le Morte D’Arthur then synthesised the French and English Arthurian stories in circulation in the late Middle Ages, and the Arthurian legend remained alive and well throughout the Renaissance and the Enlightenment.

The last Renaissance edition of Malory’s Le Morte D’Arthur, by William Stansby in 1634, was something of a watershed. The Stansby edition marks the moment when the legend ceased to be a scene of scholarly endeavour to locate the historical Arthur. Now, romance trumped it. Arthur became an early form of chick lit.

So many copies were printed that they were still about in the 19th century and inspired the creation of a new English Arthurian canon when the Victorians cottoned on – Arthur mania was definitely as strong then as it is today.

Arthurian and non-Arthurian romance was disparaged by the schoolteachers of the post-medieval period as not suitable for gentlewomen and ladies (adultery and manslaughter abound in Malory’s tale). But this didn’t deter its audiences from enjoying it. Stansby managed to keep the medieval feel of the text by using both woodcuts and the black letter type reminding his readers of medieval manuscripts. His edition was still popular in the 18th century, when one reader wrote in the flyleaves of the Bangor University copy that the story had been written by “one Moor [sic] in the time of Edward IV”.

New Arthurian literature was still produced and sold: the Queen’s physician, Sir Richard Blackmore, wrote not one, but two epic poems in 12 books each (Prince Arthur and King Arthur) in 1696. Each went through three editions.

Blackmore was certainly a better physician than he was a poet, but the enduring fascination with all things Arthurian was certainly preserved and then flourished with the Victorians in all aspects of the arts. The obsession endures to the present day – so don’t expect Ritchie’s time in the spotlight to last.