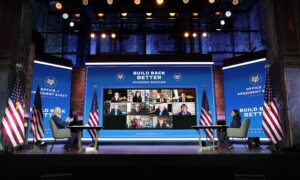 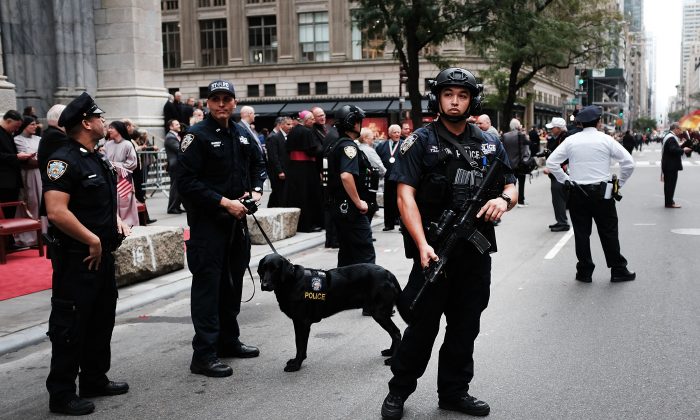 Some recent headlines on life-saving activities by members of the NYPD deserve attention.

These incidents are a reminder of the importance of the policing profession. They are proof-positive that the words courtesy, professionalism, and respect emblazoned on every NYPD vehicle are alive and well in New York City.

On Oct. 9, NYPD officers in Brooklyn saved a toddler’s life. The officers rushed 1-year-old Amir Nieves to the hospital after he stopped breathing on a subway platform.

Realizing that time was of the essence, the officers decided to rush the child themselves to Interfaith Hospital while performing CPR along the way.

The heads-up response of the officers, supported by the CPR training they received, resulted in saving the child’s life.

Also on Oct. 9, two NYPD officers, this time in the Bronx, were credited with saving a man’s life who was profusely bleeding from a chainsaw accident.

Read More
Best Time to Be a Cop in America

While on patrol, Officers Amauris Rodriguez and Thomas Natoli were alerted by someone pleading, “I got someone in the car bleeding. I need help.”

The officers found construction worker Richard Tirado, 49, passed out due to blood loss from severing his arm while cutting trees with the chainsaw.

Officer Natoli immediately understood an artery was severed, and along with Officer Rodriguez began applying a tourniquet.

“We applied a tourniquet to a high part of the shoulder to stop the bleeding completely, and then rendered aid as much as we could until the ambulance arrived,” Officer Natoli said.

Due to their actions, the man was transported to the hospital and his life was saved.

On Sept. 30, three NYPD officers risked their own safety to save a distraught man threatening to jump from the Williamsburg Bridge.

One of these officers, Detective Christopher Williams, was also involved with the July 4 rescue of a protestor who climbed the Statue of Liberty.

The three Emergency Services Unit officers scaled the bridge to comfort the man before placing him in a harness to lower him to safety.

Detective Longa calmed the man by telling him “nothing that’s going on in your life is worth ending it.”

After the man was lowered from the bridge he was very grateful.

A toddler who suffered a seizure and stopped breathing in July is alive thanks to a rookie NYPD officer.

The incident began with the mother, Rebeca Alarcon running with Leah, her 20-month-old, to the 115th precinct in Queens pleading for help.

Officer Osvaldo Nunez, a 22-year-old rookie, who only recently graduated from the police academy was there.

“I immediately ran through the double door, placed the baby on a little stool we had there, and I immediately got to the chest compressions,” Officer Nunez said. “Once I saw the baby was unresponsive, I just locked in, I got into the zone.”

His first round of compressions didn’t work, but when he started up a second time, Leah opened her eyes.

“After that, the baby was just there with us. I lifted her up,” he said. “I made sure she had nothing in her mouth … After that, I brought her over to my shoulder, she seemed brand new.”

Leah was then rushed to Elmhurst Hospital, where she was treated and released.

In June, a team of four NYPD officers in Lower Manhattan administered Narcan and used their medical training to save a woman’s life after responding to a possible drug overdose call.

The woman was found unresponsive by her boyfriend, who immediately called 911. After responding to the scene, 1st Precinct Officers Gut and Horan administered Narcan, while Officers Hernandez and Durante performed CPR.

Their efforts saved the woman’s life, and she was transported to New York Downtown Hospital for further treatment and evaluation.

These life-saving incidents are a reminder that being a NYPD police officer is a sacred profession, and that at any moment lives can be saved.

These officers reflect the best in all of us. Each and every New Yorker must be eternally grateful that men and women are responding to the call to serve their communities.

Vincent J. Bove, CPP, is a national speaker and author on issues critical to America. Bove is a recipient of the FBI Director’s Community Leadership Award for combating crime and violence, author of 275 works including four books, and former confidant of the New York Yankees. His newest book is “Reawakening America.” For more information, see www.vincentbove.com, or twitter.com/vincentjbove