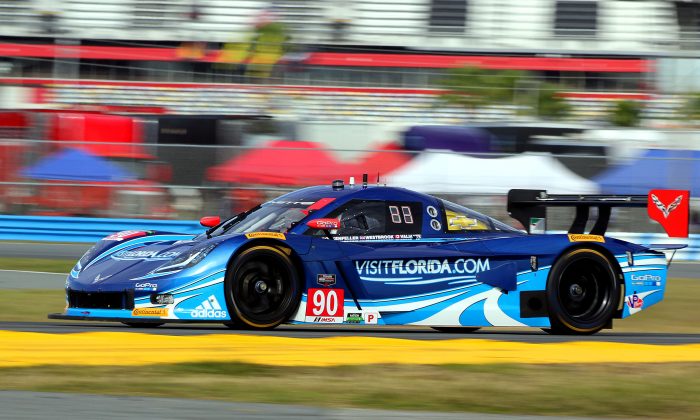 Spirit of Daytona, Corvette Quickest in First Practice for TUSC Rolex 24 at Daytona

DAYTONA BEACH, Fla—As at the Roar, so too at Rolex practice: a pair of “Corvette” Daytona Prototypes were quickest in the Prototype class during the first practice session for the Tudor United SportsCar Series 52nd Rolex 24 at Daytona, and the Corvette Racing C7.R was quickest of the GTs. The same cars which were quick at the Roar Before the 24 test earlier this month wee quick on Friday morning.

Third was the #01 Telcel-Ganassi Riley-Ford, apparently having solved its reliability problems. At 1:40.147 and 127.972, mph it was four-tenths off the pace of the leader.

There is a single half-hour of practice before qualifying later this afternoon.

Information about and tickets for the 52nd Rolex 24 at Daytona are available through IMSA.com.