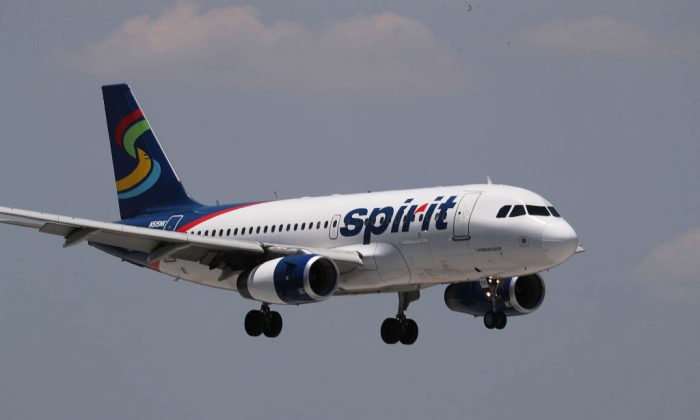 A college student is furious after a Spirit Airlines employee allegedly told her to take her emotional support hamster and flush it down the toilet.

Belen Aldecosea had grown close to her pet dwarf hamster, Pebbles, and had called Spirit Airlines twice to make sure it would be ok to bring it aboard with her. According to the Miami Herald, they said it was fine.

But when she did arrive at the airport in Baltimore, Maryland, she was told the hamster couldn’t come on board.

Aldecosea said that she wasn’t able to leave the airport and book a later flight because of a medical issue. The student told The Miami Herald that an employee suggested she flush Pebbles down an airport toilet.

“She was scared. I was scared. It was horrifying trying to put her in the toilet,” the 21-year-old said. “I was emotional. I was crying. I sat there for a good 10 minutes crying in the stall.”

The student is now considering filing a lawsuit against Spirit Airlines.

The case comes just weeks after the story of a woman being denied passage of her emotional support peacock by United Airlines went viral.

But Aldecosea’s attorney said the cases are different.

“This wasn’t a giant peacock that could pose a danger to other passengers. This was a tiny cute harmless hamster that could fit in the palm of her hand,” Adam Goodman said.

A Spirit representative denied the claim that an employee told Aldecosea to flush her hamster down the toilet.

The increase in requests for emotional support animals aboard aircraft has led airlines to crack down.

Delta Airlines announced more stringent requirements this month, for instance, due to “a lack of regulation that has led to serious safety risks involving untrained animals in flight.”