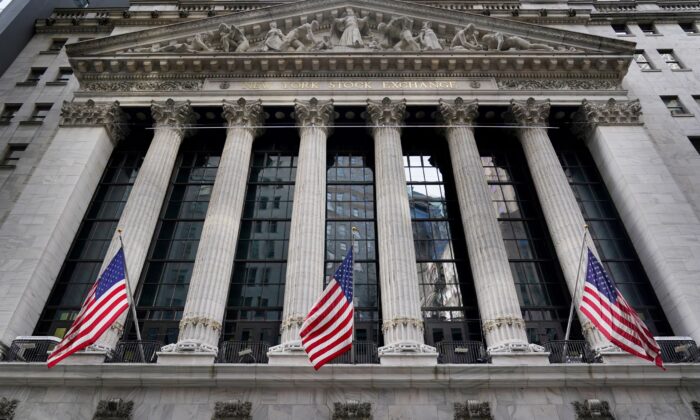 The benchmark S&P 500 is down 3.8 percent so far this month and on pace for its first monthly loss since January. The September slump has been an exception to a mostly steady stream of gains so far this year that has brought the S&P 500 up 15.9 percent since the beginning of 2021.

The selling came as a swift rise in Treasury yields forces investors to reassess whether prices have run too high for stocks, particularly the most popular ones. The yield on the 10-year Treasury note, a benchmark for many kinds of loans including mortgages, jumped to 1.54 percent. That’s its highest level since late June and up from 1.32 percent a week ago.

Bond yields started rising last week after the Federal Reserve sent the clearest signals yet that the central bank is moving closer to begin withdrawing the unprecedented support it has provided for the economy throughout the pandemic. The Fed indicated it may start raising its benchmark interest rate sometime next year and will likely begin cutting back the pace of its monthly bond purchases before the end of this year.

“All of that is taking one of the weights that had been holding yields low and removing it,” said Sameer Samana, senior global market strategist at Wells Fargo Investment Institute. “That clearly has a big impact on larger cap, higher growth, higher multiple stocks.”

A rise in yields means Treasurys are paying more in interest, and that gives investors less incentive to pay high prices for stocks and other things that are riskier bets than super-safe U.S. government bonds. The recent upturn in rates has hit tech stocks particularly hard because their prices look more expensive than much of the rest of the market, relative to how much profit they’re making.

Many tech stocks also got bid up recently on expectations for big profit growth far in the future. When interest rates are low, an investor isn’t losing out on much by paying high prices for the stock and waiting years for the growth to happen. But when Treasurys are paying more in the meantime, investors are less willing.

This week’s swoon for the market is reminiscent of an episode early this year when expectations for rising inflation and a stronger economy sent Treasury yields climbing sharply. The 10-year yield jumped to nearly 1.75 percent in March after starting the year around 0.90 percent. Tech stocks also took the brunt of that downturn.

Chipmaker Nvidia fell 4.4percent, Apple slid 2.4 percent, and Microsoft fell 3.6 percent. The broader technology sector has also been contending with a global chip and parts shortage because of the virus pandemic and that could get more severe as a power crunch in some parts of China shuts down factories.

Energy was the only sector in the S&P 500 that wasn’t in the red. Exxon Mobil rose 1 percent and Schlumberger gained 2.4 percent for the biggest gain among S&P 500 stocks.

Another lingering market worry resonating from China is the possible collapse of one of China’s biggest real estate developers. Evergrande Group is struggling to avoid a default on billions of dollars of debt.

Markets in Asia were mixed while markets in Europe fell.

Investors have been dealing with a choppy market in September as they try to gauge how the economic recovery will progress and how it will impact various industries.

COVID-19 remains a lingering threat and is still taking its toll on businesses and consumers. Economic data on consumer spending and the employment market has been mixed. U.S. consumer confidence declined for the third straight month in September, according to a report from The Conference Board.

Companies are warning that supply chain problems and higher prices could crimp sales and profits. The Federal Reserve has maintained that rising inflation is temporary and tied to those supply chain problems as the economy recovers from the pandemic. Investors are still concerned that higher inflation could be more permanent and rising bond yields reflect some of those worries.

“The bottom line is that the supply chain thesis is really being tested and the Fed, businesses, and consumers have had to react to some of the on-the-ground realities,” said, Eric Freedman, chief investment officer at U.S. Bank Wealth Management.