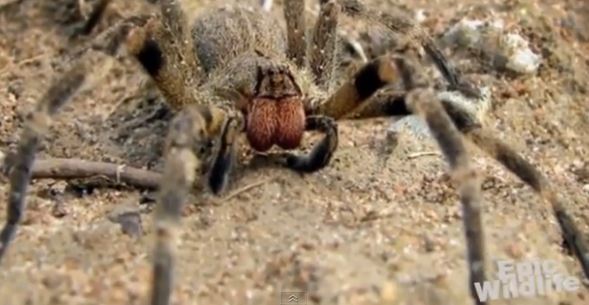 Spiders in Bananas: Venomous Spiders Discovered After Trip to Supermarket

Spiders in banaas were found in London by a woman after she went grocery shopping.

Consi Taylor noticed something weird when she examined bananas she had purchased at Sainsbury, a supermarket, and saw what appeared to be a small piece of mold.

But later she noticed dozens of tiny baby spiders were crawling from within what had looked like mold, and crawling all over the banana.

“I thought it was mold but when I had a closer look I saw some funny looking spots,” she told the Sun. “I had a closer look and was horrified to see they were spiders. They were hatching out on the table, scurrying around on my carpet.”

Taylor snapped a photo and sent it to the local pest control company, who responded almost immediately and told Taylor she and her family needed to evacuated their home immediately.

They ended up spending three days at a hotel while cleaning crews fumigated the home. Sainsbury paid for both.

A spokesperson for the supermarket said in a statement: “We’re very sorry and have apologized to Mr and Mrs Taylor… We do have rigorous controls on imported products at all stages – from harvesting to transportation – which is why this is so rare.“