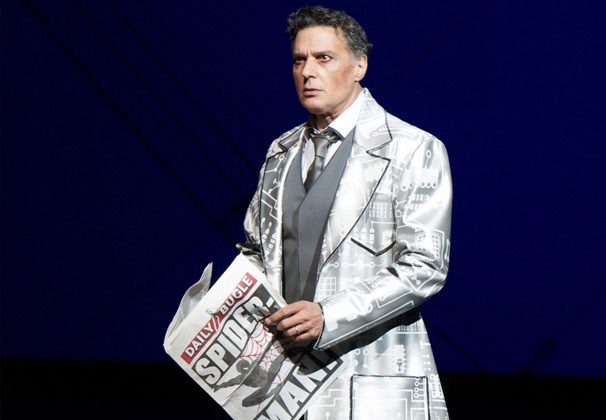 ‘Spider-Man Turn Off the Dark’ Ending on Broaday, Will Move to Las Vegas

The “Spider-man Turn Off the Dark” play is closing on Broadway, New York but will move to Las Vegas.

The final play will be on January 4.

It debuted on Broadway in early 2011 after first being announced in April 2007.

The show has been largely successful but went through major turmoil over the years, including having castmembers such as Evan Rachel Wood, who was scheduled to be Mary Jane, leave because of scheduling delays and other problems.

There were also multiple accidents resulting in injuries to some performers.

There’s no set date yet for re-location to Las Vegas.