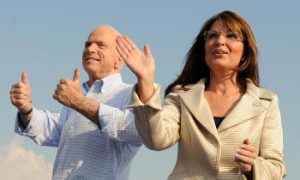 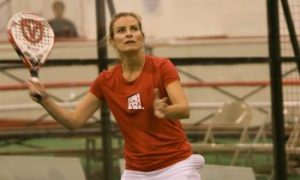 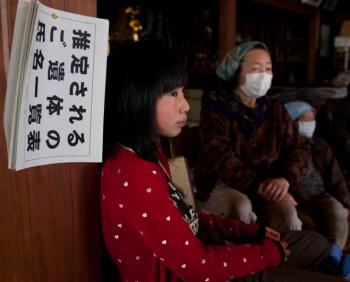 A list of names of earthquake and tsunami victims hangs on a wall as Japanese refugees wait for aid at a Buddist temple used as an evacuation centre in Ofunato, Iwate prefecture on April 4, 2011. (Yasuyoshi Chiba/Getty Images)
World

By Epoch Times Staff
Print
Three weeks after the earthquake in Japan, there are still hundreds of thousands of refugees, in thousands of camps. Having first lost their homes, the refugees near Fukushima nuclear plant are now under the threat of nuclear radiation.

But a small group of Chinese volunteer was not daunted. On April 2 and April 3, the group of eight offered their helping hands to over 4,000 refugees in two camps closest to the nuclear plant.

For these volunteers—Chinese living in Japan—the early morning drive to Fukushima was fairly smooth. When they arrived they saw very few people out and about. The weather was gloomy, and the streets were empty.

In preparation for the trip, they called several camps the day before. Mr. Zhang, one of the volunteers, told the camp organizers that he had been practicing a type of Chinese meditation exercise for years and personally benefited a great deal from it both physically and mentally.

He and his friends would like to help those in need of maintaining peace and balance in such difficult times, he said. The camp organizers were grateful, but warned them: “The conditions here are tough. We are only 40km away from the nuclear plant and there is no place to rest and eat.”

The friendly warning did not deter the Chinese from going. When they arrived at the first camp located in a sports hall, there were a long line of cars waiting to get in. Each car had to go through a radiation check. The atmosphere was depressing.

There were about 2,000 people in this camp. Make-shift beds were everywhere including the hallways. When they went inside, they saw people either sleeping or dozing. The lack of privacy was taking its toll on stress levels.

They bumped into a Taiwanese who lived 7km away from the nuclear plant. She was very surprised to see Chinese people there, “The local Chinese all left shortly after the quake. I haven’t seen a single Chinese since.”

When the group of Chinese volunteers told her, “We are Falun Gong practitioners. We are here to help,” she was moved.

The camp organizers welcomed them and used a loud speaker to announce the time when the volunteers would be teaching Falun Gong exercises.

Falun Gong is a Chinese spiritual practice with five meditative exercises and teachings based on the principles of truthfulness, compassion, and forbearance.

Mr. Zhang started to demonstrate the exercises. Slowly but surely people stood up one after another and followed the movements. Some elderly people who could not stand up followed the exercises while sitting. When they heard that the volunteers will come again the next day, people applauded.

Time passed quickly and it was time for the volunteers to go to the next camp. With excitement on her face, a lady held the hand of Ms. Lin, one of the volunteers, and told her how she felt after practicing the exercises. She said, “As soon as I heard the music, I felt comfortable. Then my shoulder pain disappeared after I practiced the movements with you,” Ms. Lin later recalled. The lady did not want them to leave.

When the volunteers got to the second camp, they received the same welcome and enthusiasm.

Ms. Lin said, “Apart from the refugees, the camp organizers stopped their work to learn the exercises. There were a lot of people standing and doing the exercises together, including the doctors and nurses. It is the first time for me to see so many Japanese people practicing. Everyone was paying attention. The exercise music filled the hall. It was very moving.”

Early next morning, the volunteers went back to the camp. Many people recognized and greeted them with smiles. Some told them how they felt after doing the exercises.

An elderly lady walked over to them and chatted with them for a long time. When it was time for the volunteers to go, the lady kneeled down to say goodbye.

The camp organizers thanked them and asked if they could come back soon.