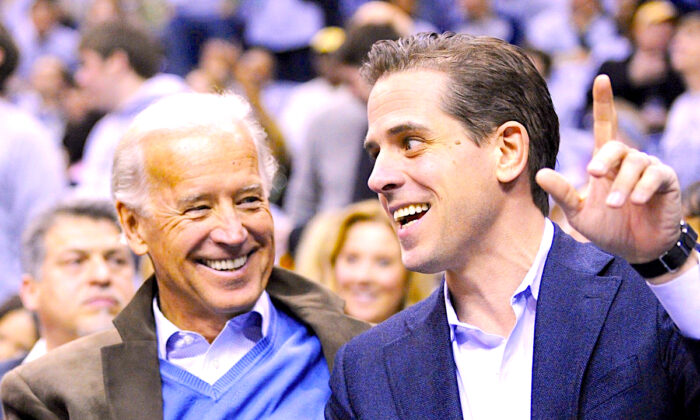 Special Counsel May Have to Investigate Joe Biden If He Wins: Sen. Ron Johnson

Sen. Ron Johnson (R-Wis.), chairman of the Senate Homeland Security Committee, said a special counsel might have to investigate Democratic presidential nominee Joe Biden if he wins on Nov. 3.

The chairman was asked during a Fox Business interview about whether a special counsel could be used.

“You know, I am not a big fan of special counsels, but if Joe Biden wins the presidency, I don’t see how you avoid one,” Johnson said. “Otherwise, this is going to be, you know, tucked away, and we will never know what happened. All this evidence is going to be buried.”

Congressional Republicans have urged Attorney General William Barr to create a special counsel to investigate Biden before the election. Johnson, meanwhile, was 1 of 2 Republican chairmen who investigated Joe Biden’s son Hunter Biden’s emails and overseas business dealings, which are at the center of a growing scandal after the New York Post earlier in October first reported on Hunter Biden’s alleged emails, asserting that he may have had ties to shady companies in Ukraine and China.

Biden’s campaign has denied that a meeting in Washington with an adviser from Ukrainian gas firm Burisma Holdings ever took place, an event referred to in the Post’s initial report. Biden himself has said he had no knowledge of his son’s business dealings and said that other officials never said he did anything corrupt, although a former business partner of Hunter, Tony Bobulinski, came forward and suggested that Joe Biden may be compromised by the Chinese Communist Party.

“I think that Joe Biden and the Biden family are compromised. Obviously, I’ve referenced I’ve held a Q-clearance—you’re briefed on compromise and who you’re able to talk with and deal and do business with—and I just don’t see, given the history here and the facts, how Joe can’t be influenced in some manner based on the history that they have with CEFC,” Bobulinski said on Oct. 27.

The former vice president hasn’t responded to Bobulinski’s latest claims, although last week his campaign told news outlets that “Joe Biden has never even considered being involved in business with his family, nor in any overseas business whatsoever” and “has never held stock in any such business arrangements nor has any family member or any other person ever held stock for him.”

Bobulinski also refuted Biden’s longstanding claim that he had no knowledge of Hunter Biden’s business overseas, describing two in-person meetings with Joe Biden, which he says were set up solely because Bobulinski was taking on the role of the CEO of SinoHawk LLC, the joint venture between the Bidens and the CCP-linked founder of CEFC China Energy.

The Post first reported on emails that were allegedly sourced from a laptop hard drive belonging to Hunter Biden that was purportedly left at a computer repair shop in Delaware in 2019.