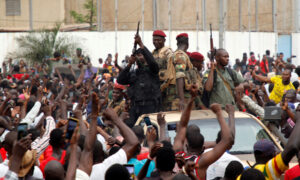 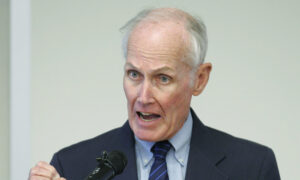 Slade Gorton, Former US Senator From Washington, Dies at 92
0 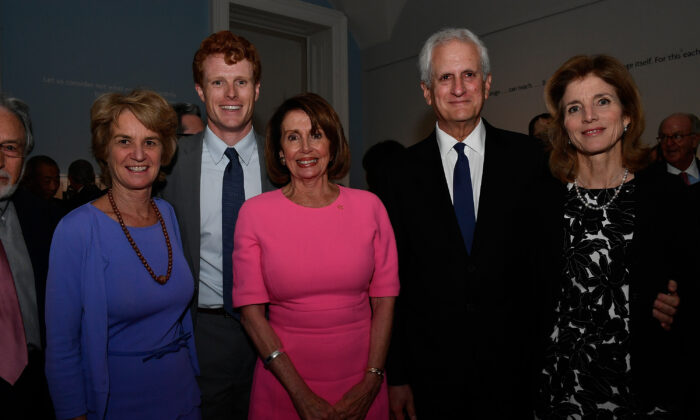 House Speaker Nancy Pelosi (D-Calif.) called on voters to choose Kennedy, in a video released by the congressman’s campaign on Thursday.

“Never before have the times demanded we elect courageous leaders as today. And that’s why I’m proud to endorse Joe Kennedy for Senate,” Pelosi said.

“In 2018, when we took back the House, Joe campaigned across America to make that victory possible. He knows that to achieve progressive change, you must be on the front lines, leading movements of people.

She did not mention Markey in the ad.

Kennedy told supporters in a separate clip that he is “so grateful” to Pelosi for the endorsement.

“I am honored, I am touched, I am thrilled for a public servant that I admire so deeply, to have earned her support in this race,” he said.

Markey said in a statement to The Epoch Times: “Speaker Nancy Pelosi is a tremendous, effective leader who has shattered glass ceilings throughout her career. I had the privilege to work alongside Nancy in the House of Representatives for decades. Any candidate would be proud to have her endorsement, and I congratulate Congressman Kennedy on securing her support.”

Voters will choose between Kennedy, 39, and Markey, 74, on Sept. 1. Political handicappers rate the seat solid Democratic, meaning the winner in the primary will likely secure the position.

Both candidates have racked up endorsements, highlighting how either one could win.

Markey touts on his website how he’s supported by 100 former federal and state government officials, educators, and advocates, as well as groups including MoveOn, the Sierra Club, and the Progressive Democrats of America.

Sen. Elizabeth Warren (D-Mass.), who is not facing re-election, endorsed Markey last year and penned a fundraising email for him last month.

Kennedy has the support of many House colleagues, including Rep. Mark Pocan (D-Wis.), the co-chair of the Congressional Progressive Caucus.

Kennedy’s announcement last year that he would run for the Senate took some by surprise. Markey has served in the Senate since 2013. He spent nearly 40 years in the House before that.

“We have a senate that, instead of trying to harness the opportunity of every person in the country, they are trying to pull us back,” Kennedy told supporters.

In several debates, Markey focused on what he’s accomplished in Congress, while Kennedy said he would better represent the state.