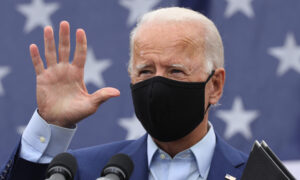 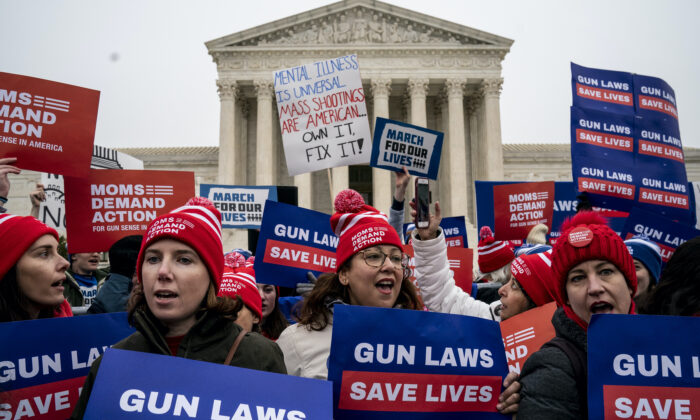 Speaker of the House Nancy Pelosi (D-Calif.) said on Feb. 14, the third anniversary of the Parkland, Florida, school shooting, that Democrats will seek to enact stricter gun control measures to ensure that all students are safe from gun violence.

Pelosi says her party won’t rest until shootings like the one that took place in Parkland are permanently curbed.

“On this solemn remembrance, Democrats join the American people to renew our commitment to our unfinished work to ensure that no family or community is forced to endure the pain of gun violence. We will not rest until all Americans, in schools, in the workplace, in places of worship and throughout our communities are safe, once and for all,” Pelosi said in a statement.

On Feb. 14, 2018, a former student opened fire with a semi-automatic rifle at Marjory Stoneman Douglas High School, killing 17 people, including 14 students, and injuring 17 others. The gunman, Nikolas Cruz, had been expelled from Stoneman, reportedly because of a history of violence and mental health issues.

Lesley Hollywood, who represents Rally for Our Rights, a gun-rights group out of Colorado that advocates for Second Amendment rights, said she blames the local government for the Parkland shooting because local officials failed to enforce the gun safety laws already on the books.

“The things, the pieces that should have been put in place already to prevent him from buying a gun were not ever put into place. And the people I blame for that is not gun owners or the NRA, I blame the government,” she said at a 2018 demonstration in Colorado.

Cruz was well-known to Florida’s Broward County law enforcement; officials had been called to his home at least 37 times in the years before the shooting.

“This is a crisis that we must act on now. I am hopeful that President Biden and Vice President Harris and with Democratic majorities in the House and Senate, we can and will deliver meaningful change. President Biden has made clear his commitment to getting guns off the streets and fixing the broken background check systems that have allowed weapons of war into the wrong hands for years,” Maloney said at a virtual press conference last week.

Fred Guttenberg, who became a gun control activist after his 14-year-old daughter, Jaime, was killed in the Parkland mass shooting, praised Maloney’s efforts, and the recent set of bills proposed by House Democrats. Guttenberg made clear to those who oppose stricter gun regulation that he rejects the Second Amendment argument.

“Well, the truth is, the reality of gun violence and gun safety is not a Second Amendment conversation. It is a public health conversation,” he said.

“Now, working with the Democratic Senate and Biden-Harris administration, we will enact these and other life-saving bills and deliver the progress that the Parkland community and the American people deserve and demand,”  Pelosi said.