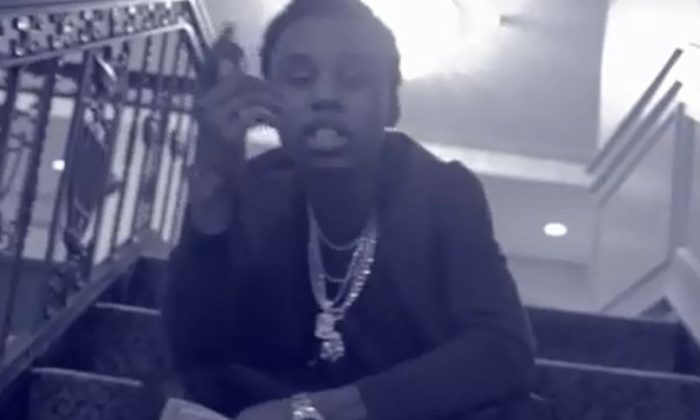 Speaker Knockerz, a 19-year-old rapper from South Carolina who died last week of yet-to-be-determined causes, was remembered fondly on Twitter.

As of Tuesday afternoon, fans were still tweeting about the rapper–born Derek McAllister–after his death.

One user said, “Lil Snupe, LA Capone, Doe B, and now Speaker Knockerz all died under the age 21 good up and coming hip hop artist.”

“I cant get over how speaker knockerz died. Life too short,” one person wrote.

South Carolina broadcaster WIS-TV reported that Knockerz was found in his garage. Richland County Coroner Gary Watts told the station that no foul play was suspected in his death.

An autopsy was performed on his body, showing that there were no signs of trauma. Toxicology reports haven’t come out yet.

Knockerz was last seen in a black Camaro two days before the death reports came out.

A person claiming to be his mother, Mesha Wilson, wrote on Facebook: “Oh my GOD is all I can say right now … my baby.”

A Twitter user claiming to be his father as well as manager also spoke out about McAllister’s death. “To my Son @SpeakerKnockerz you will never be forgotten! … Love Dad!” the user wrote.

“REST IN PEACE TO MY SON @SpeakerKnockerz he meant the world to me. I love u and will miss you so much. LOVE DAD,” he added.

Unconfirmed rumors on social media sites say he might have died of a heart attack.

His purported mother and other family members on March 4 said they were looking for him before his death. “It’s not like him not to communicate or come home for this long period of time,” Wilson reportedly wrote at the time. “I pray that my son is ok.”

On YouTube, Knockerz had a popular following. His videos had hundreds of thousands of  views to several million views.