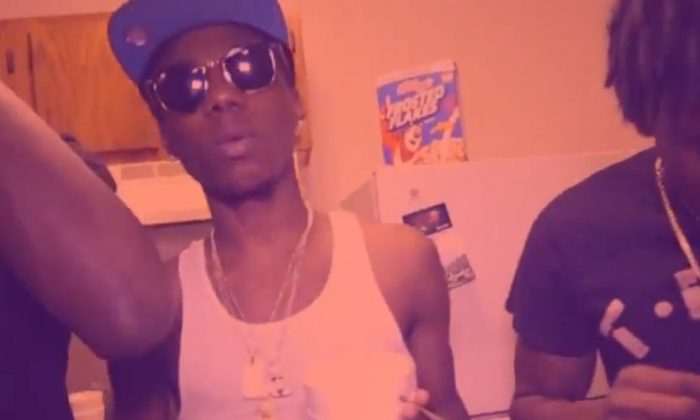 Speaker Knockerz, the South Carolina-based rapper, died this week and was found in his garage, local officials confirmed. On Twitter, condolences were offered to his family

The father of the rapper–born Derek McAllister–tweeted about his son’s passing.

WIS-TV reported that he was found dead in the garage of his home, said the Richland County Coroner’s Office.

The Richland County Coroners Office and Sheriffs Department on Friday were investigating his death, but they suspect that no foul play was involved.

An autopsy conducted on McAllister showed that he suffered no signs of trauma. Results of a toxicology and other studies are pending, The State reported.

According to a screenshot posted by Elevator, his mother Mesha Wilson wrote on Facebook: “Thank You all SOOOOO much for your outpouring of love and kindness you have shown my family and I during this extremely difficult time.”

She added, “My baby,” and included a photo of the rapper with angel wings.

There were rumors that he died via a heart attack but that has yet to be confirmed.

Before the WIS-TV report on Friday morning, Wilson and other family members said they were looking for him. “Please say a prayer for my son Derek McAllister … We are trying to find him. He was last seen 3/4/14 [at 11 p.m.] in a black Camaro 2013,” Wilson said a few days ago. “It’s not like him not to communicate or come home for this long period of time … Or show up for a music meeting/session … I pray that my son is ok.”

The rapper wasn’t signed to a record label but he had around 50 videos, include some that had hundreds of thousands of hits on YouTube.

On Twitter, a large number of people offered their condolences. “RIP Speaker Knockerz” trended worldwide on the social media network for a time on Friday.

“To my son @SpeakerKnockerz you will never be forgotten!” wrote Plague3000, who says he is the rapper’s father and manager, on Twitter.

But a large number of people on Twitter offered their condolences, tweeting “RIP Speaker Knockerz.”

“I can’t believe my favorite rapper died – I hope it’s not true,” wrote one person.

Said one user, “Speaker Knockerz was so young bruh did not even reach his full potential yet.”

A report last week said that Speaker Knockerz was slated to perform at the Florence Civic Center on March 22.