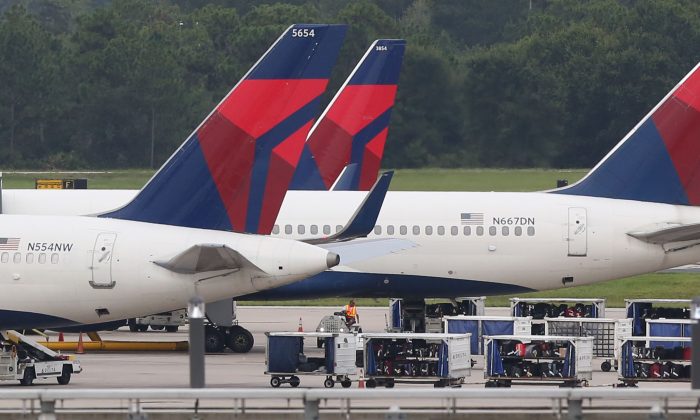 Sparrow Forces Delta Plane to Turn Back After Flying Into Cockpit

Weather, fueling, and maintenance problems might be common reasons for plane delays, but a Delta plane en route to Atlanta was forced to turn back on Saturday, Dec. 30 for a more unusual reason.

The flight was taxiing at Detroit Metro Airport when the pilot noticed something he had never seen in his 20 years as a pilot—a small bird had crept into the cockpit during boarding, reported Fox 5.

I’m at DTW and we were on the @DELTA plane headed to ATL & made it to the runway. Then had to turn back to the gate because something happened that the pilot hadn’t experienced in 20 years on the job. A live hummingbird somehow made it in the cockpit when we were boarding…

…. and they didn’t notice it. I should make my connection but we’re delayed 15 minutes at the moment while maintenance tries to find the bird. #delta #youcantmakethisstuffup pic.twitter.com/COthbvz4wv

The plane was forced to turn back to the gate and the flight was delayed when maintenance crewmembers were called to search for the bird, believed to be a sparrow.

However, neither maintenance crew, nor the captain, were able to find it after searching for over an hour.

So after almost 2 hours of looking, they couldn’t find the bird and we took off. We’re in the air for 30 minutes and the bird resurfaces flying inside the cockpit. Back to Detroit we go. Why do I feel like @chrissyteigen right now @Delta? #birdonaplane #platinum

Initially, the pilot announced that they may have to swap planes as they were unable to locate the bird, but then decided to fly the plane to Atlanta, anyway.

But then, about an hour into the flight, the pilot made another announcement telling the passengers that they were going to turn around and return to Detroit.

“Literally an hour into the flight, he goes, ‘I have an update that the bird is back and it’s going a little nuts in here in the cockpit and we do not feel safe continuing on this flight, so we’re going to go back to Detroit,'” passenger Brian Buonassissi told Click on Detroit.

The plane landed without incident and the bird was finally caught and set free, reported Fox News, citing airport officials.

The flight then again set off to Atlanta after the long delay, resulting in some passengers rebooking flights, as they had missed their connection.

Buonassissi, who is an international DJ and was trying to get to a show, told Click on Detroit that he thought the delays were frustrating, but agreed that safety comes first.

“I have had some crazy stories, but that one takes the cake for sure,” Buonassissi told the news station.