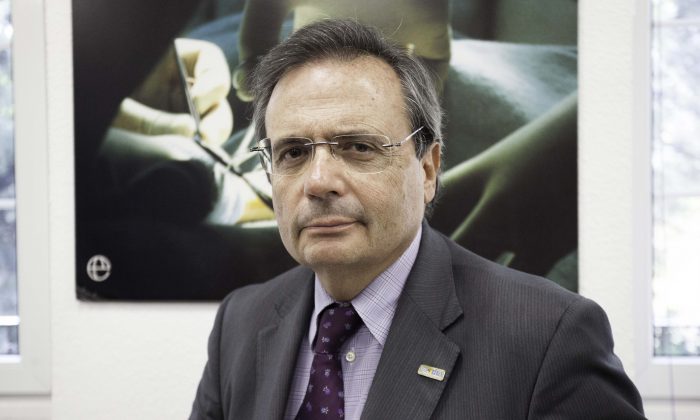 A top transplant official in Spain has said that countries around the world should strengthen measures to deter their citizens from traveling abroad to receive illicit organ transplants, especially from countries like China, which harvest the organs from executed prisoners and, according to researchers, prisoners of conscience.

Dr. Rafael Matesanz, the director of the National Transplant Organization in Spain, explained in an interview with New Tang Dynasty Television, partner media to Epoch Times, that Spanish law is unique in punishing people who go outside the country to buy an organ under questionable circumstances.

“Any person who goes abroad and receives a transplant which we consider illegal, this action is also illegal when he comes back to Spain,” Dr. Matesanz said. “We don’t want to punish the patient, but we really want to prevent the possibility that this patient will go abroad, pay for a liver, and come back to Spain.”

He added that if major countries developed such legislation, phenomenon like organ trafficking would be largely eliminated.

“Organ trafficking is like drugs. There are people who are selling the organs, because there are others who are buying. The main problem is not in Asia or Latin America. The main problem is in the United States, Western Europe, and Japan — it’s these countries whose people are looking for organs, and then go abroad.”

Dr. Matesanz’s governmental agency, the National Transplant Organization, has publicly censured at least one individual who encouraged Spanish citizens to travel to China for organs, in an interview with the media.

“The problem with some rich developed countries is that transplant tourism of their citizens abroad is something like an ‘escape valve’ for their organ shortage and many surgeons and policy makers ‘understand’ people who go abroad to buy an organ,” Matesanz said in an interview published on the website of Doctors Against Forced Organ Harvesting, a medical advocacy group based in Washington, D.C.

“There is general agreement among surgeons to ‘protect’ their patients,” Dr. Matesanz said in the interview with NTD Television. “I don’t think it’s really a very good thing that in order to protect the patient you are unprotecting some other patient, or people, who are selling the liver or kidney.”

It is difficult to know definitely whether transplant organizations and medical groups around the world are reluctant to enact these policies. The Transplant Society, an international body, did not immediately respond to an enquiry by Epoch Times about their general stance on the matter.

The Transplantation Society of Australia and New Zealand said earlier this year, in response to an email enquiry, that: “It is the view of the Society that the decision to impose sanctions against individuals receiving human organs that were obtained without consent is a decision for individual Governments to make rather than individual organisations.”

A member of parliament in the state of New South Wales in Australia had recently proposed a law that would operate in a similar manner to Spain’s, in seeking to criminalize the reception of illicit organs.

Dr. Torsten Trey, the Executive Director of Doctors Against Forced Organ Harvesting, suggested that the Transplantation Society of Australia and New Zealand could have been more assertive in the ethics of the matter. “Yes, laws are in the hands of governments, but governments ask representatives from the professions for advice, and for transplant laws they ask medical doctors.”

Dr. Trey said that failing to check such practices would fail to put the Chinese regime under pressure for its widespread practice of harvesting the organs of executed prisoners, and also Falun Gong practitioners, a persecuted spiritual practice.

David Kilgour and David Matas, Canadian researchers that prepared a report on the topic, say that organs from Falun Gong practitioners, who were killed through having their organs harvested, constituted the bulk of organ transplants in China from 2001 onwards.

Dr. Matesanz, in the interview with NTD Television, said that the matter of organ harvesting from Falun Gong had been “perfectly proved,” and that it was time for the Chinese authorities to become transparent about their organ system.

“One of the main standards is to know the origin of every organ which is transplanted. Is it a living donor? In order to gain credibility on an international level, China should provide all this information, which is now common practice for most countries in the international community.”

Correction: A Spanish citizen was censured by the country’s transplant authorities for speaking to a newspaper, not a television station, about traveling to China to receive organs.