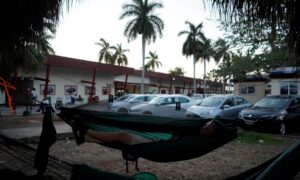 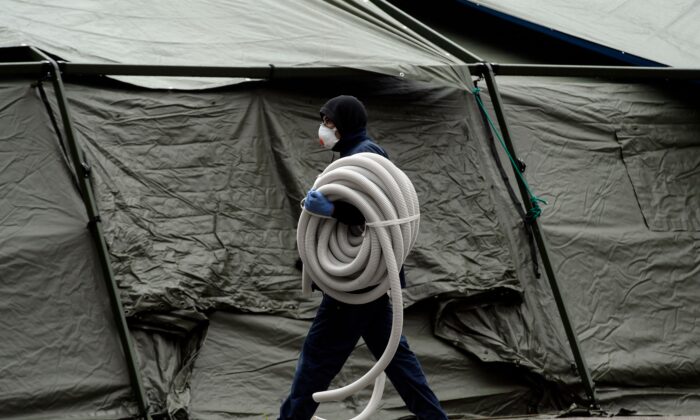 Spain has one of the highest death tolls in the world. Its official mortality rate, 8.8 percent, is also one of the highest, though the true rate is lower because of the number of mild and asymptomatic cases that go unconfirmed.

Authorities reported a small increase in the number of those hospitalized, about 250. Patients hospitalized in Spain now number 5,872.

The number of confirmed infections rose to 102,136, an increase of over 7,700. The number of fully recovered continued rising, reaching 22,647, a jump of more than 3,400, according to Spain’s Ministry of Health.

Madrid remains the hardest-hit region inside Spain, with nearly 20,000 active cases, over 1,500 in hospitals, and a death toll nearing 3,900.

Catalonia has recorded nearly 1,900 deaths along with 1,769 hospitalizations out of nearly 20,000 cases.

Officials said the numbers pointed to Spain reaching its peak.

“The central issue is no longer whether we’ve reached the peak or not, it seems like we are there,” health emergency chief Fernando Simon, who was himself diagnosed with the virus this week, told a briefing.

“The key issue is to make sure that the national health system is capable of guaranteeing adequate coverage of all our patients and treatment,” he said.

Health Minister Salvador Illa said at the briefing that the growth rate of contagion was slowing down and, after the peak is over, “the second stage will be to reverse it and the third to eradicate the virus.”

Spain declared a state of emergency in mid-March and extended a lockdown in recent days at it tries to slow the spread of the CCP (Communist Chinese Party) virus, commonly known as the novel coronavirus, which causes the COVID-19 disease. The country also mandated the closure of non-essential businesses.

“The lockdown significantly impacted the spread of the virus, but we need an extra push: this is why we took extra measures to reduce economic activity in the country to only the most essential,” Arancha, Gonzalez, Spain’s Minister of Foreign Affairs, said this week in a television interview.