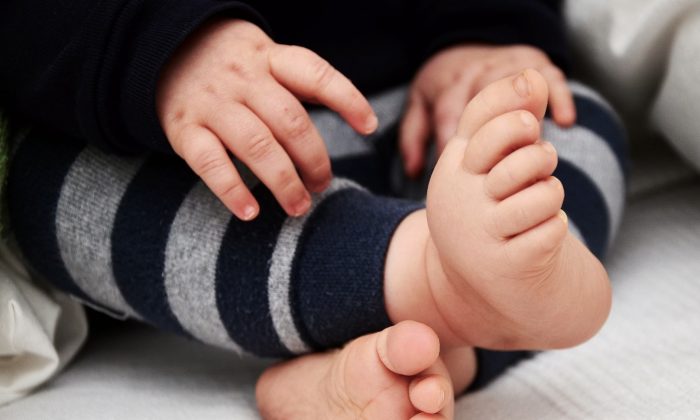 At least 17 children in Costa Del Sol, Spain, have developed hypertrichosis— a condition known colloquially as “werewolf syndrome.” They had taken a medication that contained a drug they didn’t expect.

The children—including some babies, were given a syrup supposedly containing omeprazole to treat acid and indigestion symptoms.

But when the Spanish health regulator, the Agency for Medicines and Health Products (AEMPS), conducted an investigation, they detected a potent vasodilator called minoxidil in the formula. Minoxidil is a compound that promotes hair growth, according to The Telegraph.

Parents noticed their children were growing hair all over their bodies after taking the medication. The children’s formula was supposed to be omeprazole; a syrup used to treat acid reflux, the paper reported. The product is no longer for sale.

“My boy’s forehead, cheeks, arms, legs, and hands filled with hair. He had an adult’s eyebrows. It was scary because we didn’t know what was happening,” said Ángela Selles to El Pais after her six-month-old son Uriel was affected.


Another mother, who did not disclose her name, said that it was distressing visiting multiple doctors trying to find a solution to her three-month-old son’s condition.

“We went to the pediatrician, and he told us that it could be something genetic or metabolic. We had to start going to the specialists to rule out several very rare syndromes and conditions,” she told the Spanish paper.

Parents were assured that the condition would reverse within a few weeks or months of stopping the medication after the excess hair falls out.

According to AEMPS, the formula was being sold to pharmacies across Spain by a pharmaceutical firm, Farma-Quimica Sur, based in the southern Spanish city of Malaga.

According to Spanish newspaper Granada Hoy, authorities say the issue is confined only to the omeprazole formula and not tablet forms of the drug.

The company has a supplier in India from where it purchased the formulation, and AEMPS confirmed that the shipment arrived from India. A confusion in labelling occurred when the shipment was divided into batches, such that “package leaflet said one thing and the pharmacy another,” sources from AEMPS told El Pais.

Authorities issued the first warning about their finding on July 11, directed at one affected batch that Farma-Quimica Sur had put on the market. The affected batch, from lot 11072/10/42, had been recalled. Any missing supplies from that batch are being tracked down.

Farma-Quimica Sur’s factory closed on Aug. 27 for failing to meet “control standards on drug production,” AEMPS sources told El Pais. The company now has six months to present AEMPS with a plan to address the issue.

Although the children will recover from the condition, one mother has said it has taken an emotional toll on her daughter.

“When we take [her] out to the park to play, older children and their parents have pointed at her and said things like ‘poor thing, she looks like a monkey,'” one mother said, The Telegraph reported.

The Spanish children will recover from their excess hair growth, or “werewolf syndrome” as people call it. It’s medically known as hypertrichosis, which is a rare genetic condition that causes excess hair to grow over a person’s body. There is no known cure, but various hair-removal methods can treat it.

Some people have hair growth in a localized area. Others have it all over the body. Those affected can be born with the condition or develop it later in life.

People with hypertrichosis have an extra chunk of DNA, which may switch on a hair-growth gene nearby. Though the condition was mapped to a particular chromosome in a Mexican family, “the underlying genetic defect remains unknown,” according to a study published in the American Journal of Human Genetics in 2011.

It’s not doom and gloom for everyone, in 2010, Supatra “Nat” Sasuphan of Thailand was named Guinness World Record’s hairiest child. She is proud of who she is and doesn’t hide it. “Being hairy makes me special,” Sasuphan told Guinness.

Savita Sambhaji Raut of Madhavnagar, India, gave birth to her fourth daughter with hypertrichosis in 2013. She told the Daily Mail: “I was so happy to have her alive, but it upsets me. … I am scared for her future, but God has chosen us to be like this.”