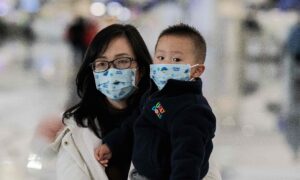 The cousin of King Felipe VI of Spain, Princess Maria Teresa of the Bourbon-Parma family, is the first member of a royal family to die from the CCP virus. During her lifetime, she was called the “Red Princess” because she supported socialism.

Princess Theresa died on March 26 in Paris, France, at the age of 86. As a member of the Spanish royal family, she spent most of her life in Madrid, Spain.

She told the French “Liberation” newspaper in 2014 that she supported Carlism, a political movement in Spain aimed at regaining the throne of the Bourbon-Parma family. However, the movement also contained some socialist elements. Princess Theresa also claimed to be a “left-wing royal family member” and had praised Chavez, a former Venezuelan socialist dictator. Princess Theresa remained single and never married.

This week, other members of the European royal families were also diagnosed with the CCP virus, including Prince Albert II of Monaco and Prince Charles of the United Kingdom. Spain is currently one of the most severely affected countries. As of Saturday, more than 72,000 people have been diagnosed with the infection, and nearly 5,700 have died, with a high mortality rate of 7.8%.