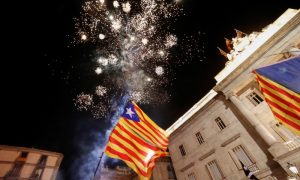 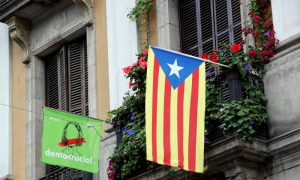 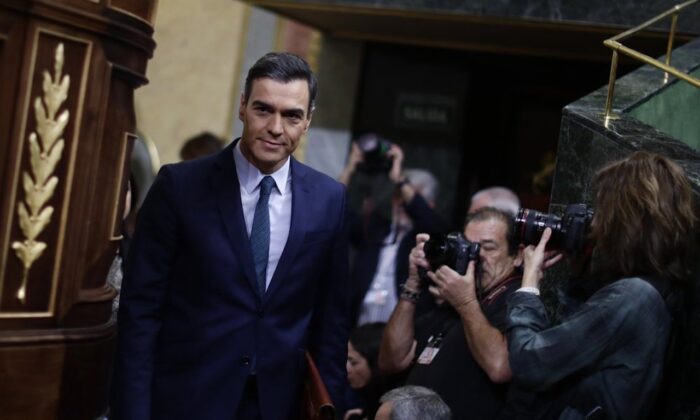 Spain’s interim Prime Minister Pedro Sánchez failed Sunday to get parliament’s backing to form a left-wing coalition government. He will have a second and final chance on Tuesday, when the threshold for success is lower because only a simple majority of more votes for than against is required.

Before the vote, Sánchez told the parliament: “Let us make this legislature a re-vindication of the best policies, of the best hopes.”

All Socialist lawmakers and United We Can lawmakers backed Sanchez, giving 120 and 35 votes, respectively. The rest came from smaller left-wing and regional parties. Three main conservative parties and other smaller parties voted against, bringing the total of “No’s” to 165. One lawmaker did not vote and 18 others abstained from voting.

Sánchez hopes on his second attempt on Tuesday to get backing from abstentions from smaller parties, such as separatist parties from Catalonia and the Basque Country.

The Socialist leader could win by a margin of just two votes on Tuesday, but that still would leave very little room for unexpected setbacks. Concerned Socialist Party officials have asked every Socialist Party member, 120 lawmakers, to spend the night in Madrid to be on time for the Tuesday vote, after a member from the Catalan branch of the party missed the first vote on Sunday because of an illness, reported Spanish media El Pais.

Sánchez has also been under pressure after receiving support from the Catalan separatist ERC party. Spain’s right-wing parties claim that Sánchez is putting the territorial integrity of the nation at risk because he has agreed to open negotiations between the Catalan separatist party and the Spanish government for the future independence of the region.

He told Spain’s lower house of parliament that Spain will not break up and that he would introduce proper measurements and reformist policies to deal with the political conflicts with Catalonia without violating the constitutional limits, reported El Pais.

The Socialists received the most support of any party in the April vote but Sánchez failed in July to strike a coalition deal with United We Can. Sánchez was forced to call a second election for November, but that barely changed the distribution of power in parliament, except for the growth of the far-right Vox party.

Sánchez became prime minister in 2018 after leading a no-confidence vote to oust Mariano Rayoj’s conservative government. He has led a caretaker government for almost a year.