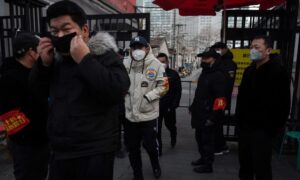 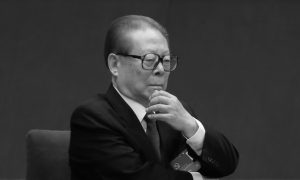 Spain Suffers in Pandemic for Covering Up for China

Countries that joined the Chinese Communist Party’s Belt and Road Initiative (BRI, also known as One Belt, One Road) have been ravaged by the CCP virus, commonly known as the novel coronavirus. Spain has strongly campaigned for the BRI. Many commentaries pointed out that the Spanish Organ Transplant Community helping the CCP to avoid international accusations of live organ harvesting is the main cause of the pandemic within the country. Spain is one of the worst affected countries in Europe.

In December 2019, The fourth China International Organ Donation Conference was held in Kunming, China, and the Donation and Transplant Institute (DTI) of Spain was the organizer. One of the co-chairs of the conference was Marti Manyalich, a Spanish doctor who was the pioneer of the cooperation between the Spanish Organ Transplant Community and the Chinese Communist Party. He is also the former President of the International Society for Organ Donation and Procurement (ISODP) and the President of the Donation and Transplant Institution (TPM-DTI).

International cooperation and development in organ donation and transplantation under the framework of the CCP’s Belt and Road Initiative even after the practice of the CCP performing live organ harvesting on Falun Gong practitioners was exposed to the international community as early as March 2006.

The governments of Europe, the United States, and Australia have passed various resolutions to strongly condemn and demand the Chinese Communist Party to stop the forced removal of organs of Falun Gong practitioners. In the face of international accusations, the Chinese Communist Party, unable to produce the source of a large number of transplanted organs, was in a desperate situation and resorted to the excuse of using the organs of death row prisoners while seeking a way out to explain itself.

Under Spanish Organ Donation Law, all citizens are considered organ donors, unless the citizen himself/herself clearly rejected the idea in his/her lifetime. This is considered an important reason why Spain became the world’s number one organ donation country.

Huang Jiefu, director of the Commission of Donation and Transplantation of Organs of China, revealed to Global Times in July 2018 that the “Chinese Model” of organ transplant borrows from the advanced experiences of Spain. Marti Manyalich spoke to the Chinese state-run media Xinhua News Agency on the 27th International Organ Transplant Conference that China is now “good enough to be a role model for the world” because of its organ distribution and shared computing systems, despite its late start in the field.

However, the spokesperson of The World Organization to Investigate the Persecution of Falun Gong, Wang Zhi-Yuan, pointed that the CCP’s so-called “donated organs” have no source of tracing the origins on the internet so the “organ distribution system” is a lie. Moreover, the majority of the Chinese, under traditional and conventional influences, are unwilling to donate their organs. He continued: “Marti Manyalich helped the CCP establish the ‘Chinese Model of Organ Transplant’ using the so-called ‘Spanish Model’ and used this to perplex the international community and to defuse the international community’s accusations of the CCP’s evil live organ harvesting.”

The CCP’s illegal organ transplants have been presenting itself on the international stage. In March 2010, European Organ Donation and Transplant Conference held in Madrid invited Huang Jiefu who was accused of involvement in live organ harvesting to attend and speak.

In August 2013, Marti Manyalich and other organ transplant experts visited You-An Hospital in Beijing to introduce the current situation of organ transplants, models, and experiences in Spain.

The Research Institute of Zhongnan Hospital of Wuhan University also hired Marti Manyalich as an emeritus professor. According to Wang Jiefu, without Wuhan, there would be no organ transplant industry in China.

Wang Zhi-Yuan said: “The CCP performing live organ harvesting on Falun Gong practitioners is a crime of genocide and the evidence is plenty. Now, the outbreak of the CCP virus in countries like Spain is God’s punishment and warning to those who ignore the persecutors of human rights in the Chinese Communist Party.” “Countries around the world, including Spain, chose to ignore and even took the side of the evil-doer, the CCP. This is the ultimate destruction of the bottom line of human moral values and that is why the world is suffering today. This is God’s warning.” he continued.

Wang indicated: “Today, the people are suffering as a result of committing the crime of either acknowledging or assisting the CCP’s genocide. If they are not going to repent their actions, then humanity will face an even worse consequence.”