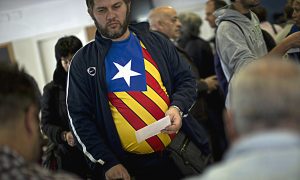 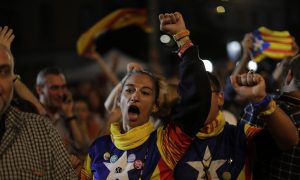 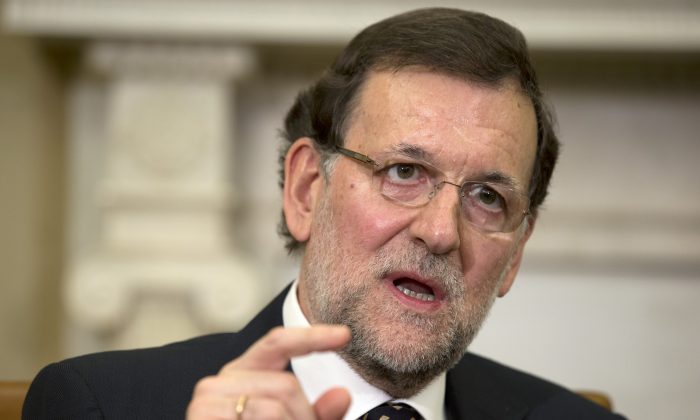 Spanish Prime Minister Mariano Rajoy at a meeting with President Barack Obama in the Oval Office of the White House in Washington, D.C., on Jan. 13, 2014. (AP Photo/Jacquelyn Martin)
Europe

MADRID—Spain’s opposition Socialist party Monday said it would vote against having acting Prime Minister Mariano Rajoy form a new government, thus killing one of Rajoy’s options to stay in power after voters elected a fragmented Parliament.

Rajoy’s ruling conservative Popular Party came first in Sunday’s general election, winning 123 seats but falling far short of the 176 seats it needs for a majority and losing a chunk of the 186 seats it won in 2011. Rajoy, seeking a second term, said he will “try to form a stable government'” but has no immediately obvious partner to do that.

The Socialists came second with 90 seats and could seek a coalition with other leftist groups.

Two newcomer parties burst onto the scene, capitalizing on many voters’ disenchantment with high unemployment, constant corruption cases and the country’s political status quo. The far-left Podemos party gained 69 seats for third place, making it a possible kingmaker, while the centrist, business-friendly Ciudadanos party got an influential 40.

“Spain is not going to be the same anymore,” said jubilant Podemos leader Pablo Iglesias.

Socialist party official Cesar Luena said Rajoy’s Popular Party, which won the most votes, should have the first crack at forming a government but ruled out supporting Rajoy, eliminating the possibility of an unprecedented coalition between the two parties which have dominated Spanish politics for decades.

If forced out of government, Rajoy’s Popular Party would become the third European victim this year of a voter backlash against austerity measures following elections in Greece and Portugal seen as rebellions against unpopular tax hikes and spending cuts.

Rajoy’s best chance would seem to be with Ciudadanos—because of their shared center-right, business-friendly politics—but the party has ruled out supporting Rajoy as prime minister, chiefly because of corruption cases in his party.

Ciudadanos’ leader, Albert Rivera, said Monday that his party and the Socialists should abstain in the Parliament vote and give the Popular Party a possibility of forming a minority government.

Under the constitution, King Felipe VI will invite a party leader—normally from the party with the most votes—to form a government. The nominee must garner a majority of deputies’ votes in Parliament in a first round to take office, or the most votes in the second round.

Deputies take their seats by Jan. 13 but there is no time limit on staging the first vote. If the candidate is not immediately successful, Parliament has two months to elect a prime minister or call a new election.

The German government, a strong supporter of Rajoy, said Monday it had not been in touch with the Spanish government. Spokeswoman Christiane Wirtz said the Spanish people can be congratulated on the 73 percent turnout, “but otherwise I don’t yet see so clearly who one can congratulate in this situation.”