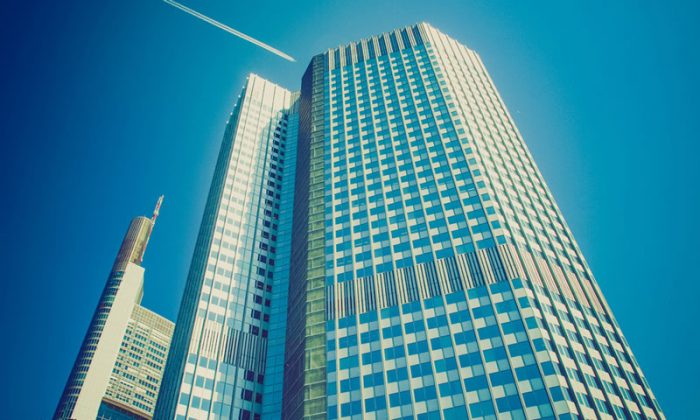 MADRID—On October 26  2014, the European Central Bank (ECB) published its overall evaluation that reveals “the financial health of 130 European banks in the Eurozone, including Lithuania,” covering 82 percent of total bank assets.

For this evaluation, an Asset Quality Review and a stress test to an adverse situation were conducted.

The result of the tests discovered a lack of 25 billion euros in 25 institutions before Jan.1 2014. One of these institutions is the Spanish bank Liberbank.

However, the ECB said that 12 of these banks covered the gap by increasing their capital with 15 billion euros all together in 2014, Liberbank being one of them, according to the Bank of Spain.

For this reason the Bank of Spain claimed back then, that “no Spanish bank is currently in a state of lack of capital, and in general, the margin on the thresholds established for this year is comfortable.” In a statement about the ECB report, the Bank of Spain clarified that only Liberbank had fallen below that year’s threshold, but the gap was “more than covered with the strengthening of its capital with 640 million euros in 2014.”

Regarding the 13 banks who are still lacking capital, the ECB announced that it will give them two weeks to submit their plans for the 9,500 million euros missing.

According to the Bank of Spain, this evaluation from the ECB shows that the balance of Spanish banks rigorously reflects the value of their assets, and that an adverse scenario would have a relatively small impact on their solvency.

This Spanish institution announced that the evaluations had a large impact in all countries but Spain, where the CET1 Capital Ratio diminished 1.6 points.  The others diminished an average of 3.8 points. “Regarding the stress tests, to an adverse scenario, a capital ratio average decrease of 3 percentage points in Europe is observed. In Spain this impact has been much lower, with a decrease of around 1.4 percentage points,” noted the bank.

However, Liberbank fell below the established threshold in one phase of the year, with a deficit of 32 million euros.

“Because of the capital-strengthening measures undertaken by Liberbank in 2014, amounting to 640 million euros, the lack of capital is more than covered,” explained the Bank of Spain, claiming that the other Spanish banks “have exceeded the thresholds established in 2014 with a substantial margin.”

“The capital ratio of all Spanish banks except one (Liberbank) is more than 2 percentage points over the 5.5% threshold, that was set to the adverse scenario in the stress tests. Considering the measures taken in 2014, Liberbank would pass the test with a margin much higher than 2 percentage points,” the Spanish institution added.

According to the Bank of Spain, this result confirms that the process of reorganization, reform, and restructuring of the Spanish banking system undertaken in recent years, has yielded positive results, and that Spanish banks face the future with a strong cleaned-up balance, and an adequate solvency position.

*Image of “ECB Building” via Shutterstock