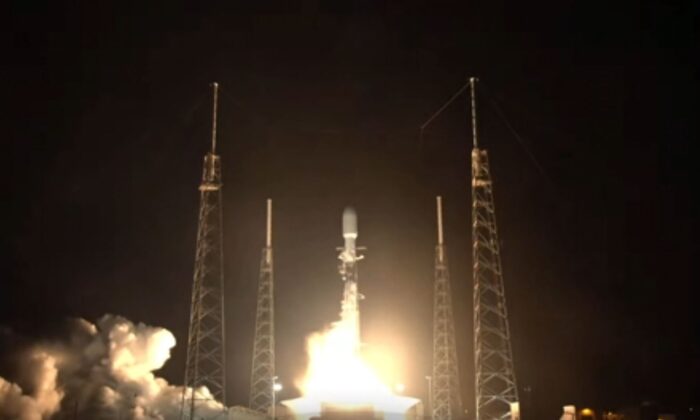 Falcon 9 rocket lifts off in Cape Canaveral, Fla., on June 19, 2022. (SpaceX via AP/Screenshot via The Epoch Times)
Space

Like other SpaceX ventures, the launch vehicle supporting the mission—Falcon 9—returned to Earth shortly after launch, successfully landing on the Just Read the Instructions droneship, which is stationed in the Atlantic Ocean.

Globalstar FM15 is now on a low-Earth orbit.