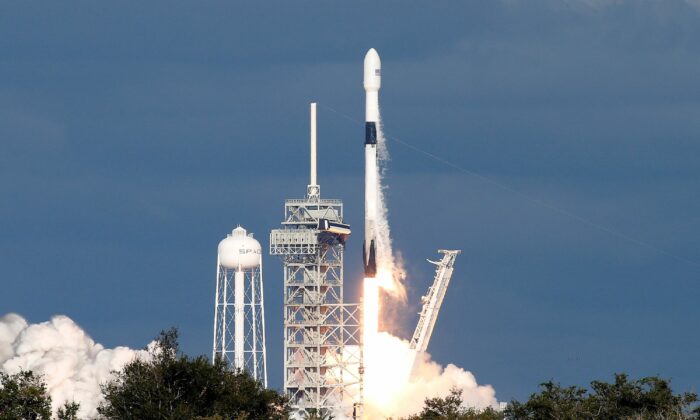 The first flight is set to launch shortly after noon on June 17 from Kennedy Space Center in Florida. A SpaceX’s reusable Falcon 9 rocket will deploy 53 more Starlink internet satellites.

The second flight will follow the next day from Vandenberg Space Force Base in California at about 7:20 a.m. local time, with a German military radar observation satellite that will replace older intelligence satellites.

According to the Federal Office of Bundeswehr Equipment—Germany’s government agency for equipping its armed forces—the satellites will take about 40 minutes to be released into space after ignition.

“There is the possibility that residents of Santa Barbara, San Luis Obispo, and Ventura counties may hear one or more sonic booms during the landing, but what residents experience will depend on weather and other conditions,” SpaceX media relations said in a statement.

The third launch is scheduled for June 19 from Cape Canaveral in Florida with a satellite for commercial Globalstar messaging and data relay system.

If these missions are not delayed by weather or technical issues, the launch series would be the fastest sequence of flights by SpaceX since its founding in 2002.

The launches can be viewed live on SpaceX.com about 10 minutes before liftoff.