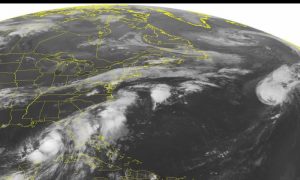 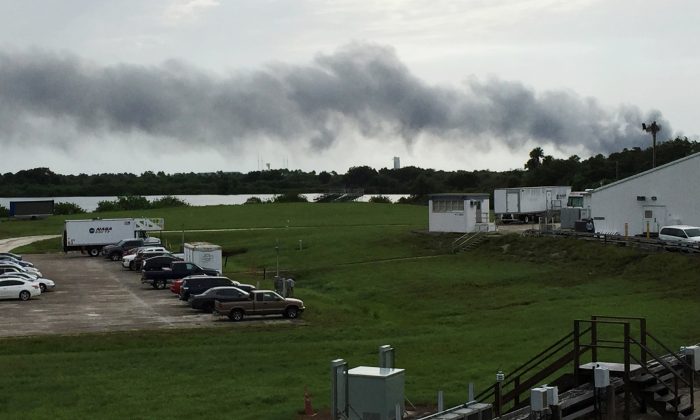 Smoke rises from a SpaceX launch site Thursday, Sept. 1, 2016, at Cape Canaveral, Fla. NASA said SpaceX was conducting a test firing of its unmanned rocket when a blast occurred. (AP Photo/Marcia Dunn)
US

An explosion has rocked the SpaceX launch site near the Kennedy Space Center in Florida, destroying the satellite it was set to launch. There were no injuries, according to reports.

NASA says SpaceX was conducting a test-firing of its unmanned rocket when the blast occurred Thursday morning. The routine test was in advance of a planned Saturday launch from Cape Canaveral Air Force Station, The Associated Press reported.

Buildings several miles away shook from the blast, and multiple explosions continued for several minutes. A cloud of dark smoke filled the overcast sky, according to locals.

On Twitter, users said they could feel the explosion for miles.

The rocket was supposed to hoist an Israeli satellite this weekend, AP reported.

“There are no known casualties. There’s no threat to public safety and our emergency management teams are on site responding,” Bryan Bryan Purtell, a representative for the 45th Space Wing, told The Verge website.

SpaceX also released a statement to Ars Technica about the incident.

“SpaceX can confirm that in preparation for today’s static fire, there was an anomaly on the pad resulting in the loss of the vehicle and its payload. Per standard procedure, the pad was clear and there were no injuries,” it read.