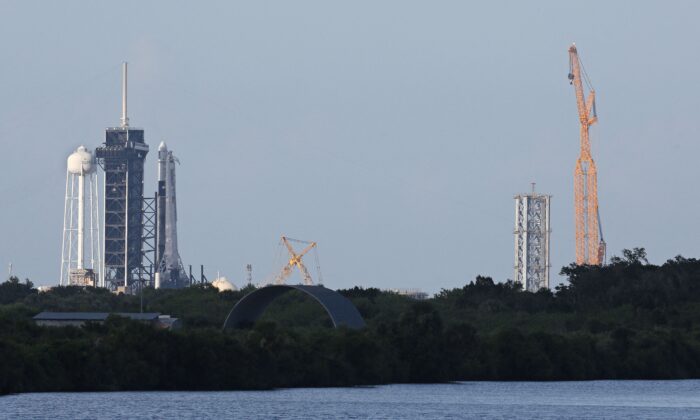 A SpaceX Falcon 9 rocket sits at launch pad LC-39A (L) as refurbishments are made to one of their facilities at the Kennedy Space Center in Fla., on July 14, 2022. (Gregg Newton/AFP via Getty Images)
Space

It brought around 5,800 pounds of supplies and payloads, including a NASA climate instrument to be mounted outside the ISS.

The robotic capsule had lifted off atop a two-stage Falcon 9 rocket from NASA’s Kennedy Space Center in Florida Thursday.

This flight, named CRS-25, was scheduled for launch in early June, but officials grounded the Dragon spacecraft after finding a leak in the ship’s propulsion system.

The mission is the 25th flight to the space station under SpaceX’s Commercial Resupply Services contract with NASA.