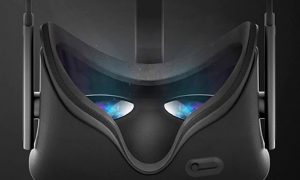 What does it feel like to circle around the Earth? Most people will never know. Since the dawn of history, only 533 people have ever had the chance to reach the Earth’s orbit, and space travel isn’t about to become affordable anytime soon.

Now a startup is launching a Kickstarter campaign to enable the general public to experience the next best thing: plugging themselves into a virtual simulation of a flight in orbit.

SpaceVR’s plan is simple: launch a 360 degree camera into orbit, press record, and edit the footage into a virtual reality sequence available for consumption on available VR gear.

The panoramic video recorder, called the Overview One, will consist of 12 GoPro cameras modified for use in outer space, where extreme temperature and lack of air and oxygen could easily break the devices, that will tape for two hours at a time, according to Wired.

“Overview” refers to the “Overview Effect,” which describes the shift in one’s perception of the Earth when it’s seen from outer space, where the blue planet is seen as a single, fragile object instead of a vast, permanent expanse.

To accomplish the task, SpaceVR is asking for half a million dollars in donations by Sept. 9. It had already raised $5,000 by the middle of the first day, Monday, Aug.10.

The rewards for donors start at having your name posted on the SpaceVR website for $5, ascending all the way to viewing the space VR footage while in parabolic flight so it literally feels like you’re floating in outer space for $10,000.

SpaceVR plans to make its footage available for a wide range of virtual reality consoles, including Oculus, HTC Vive, and even Google Cardboard.

Filming from the International Space Station is only step one for SpaceVR; the company wants to record VR footage from the moon in 2017, from an asteroid by 2022, and eventually go to Mars by 2026.