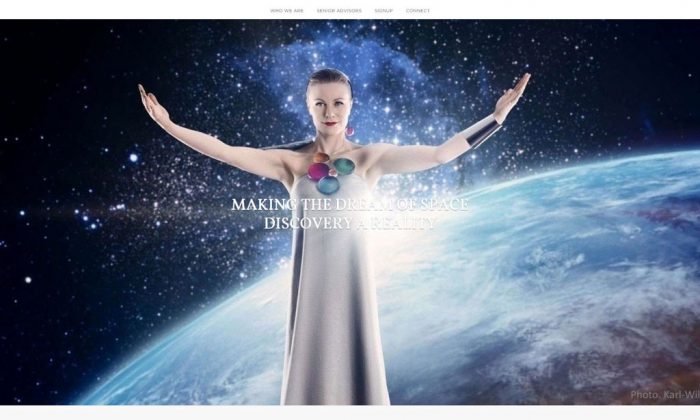 GOTHENBURG, Sweden—Space tourism may soon be a holiday option in Sweden. In the European space hub of the city of Kiruna in the far north of Sweden, a company called Space Travel Alliance has big plans to make space travel more accessible.

Space tourism is still rather costly. A ticket to join Virgin Galactic’s space tourist travels, scheduled beginning next year, costs $250,000. But, with technological development, ticket prices will drop, says astronaut Christer Fuglesang, the first – and so far only – Swede in space. Fuglesang, who works at the Royal Institute of Technology in Stockholm, is advisor to the Space Travel Alliance.

“In ten years time, I think quite a few people may be able to afford a ‘space jump’,” he said.

A ‘space jump’ means reaching an altitude of about 100 kilometers. From there, travellers can watch the Earth for a few minutes, experience zero gravity, and then return to earth. This is what the Space Travel Alliance wants to offer tourists at their base in Kiruna.

The company aims to make Sweden a center for space tourism, and the conditions are good, especially in Kiruna, Fuglesang says. The mining town, located some 100 kilometers north of the Arctic Circle, has long been one of the world’s premier space cities. It is the home of the ESA (Esrange Space Center), and a space-themed high school. Kiruna has the infrastructure and the room to send tourists into space.

Space has always been a platform for technological development. Karin Nilsdotter, CEO of the Space Travel Alliance, says that space tourism has been expensive and difficult so far, but the space industry is now getting more commercial. It is similar to what happened with the airplane industry a hundred years ago, she says.

“We can see private actors and entrepreneurs joining in with investments, and developing new technology and new spacecrafts, to make space more accessible,” Ms Nilsdotter explained.

Sweden has a strong international position when it comes to space research and technology. This means there is a potential for big business, not only in space, but on earth too, Nilsdotter says.

“Consider the Gold Rush. Once people began digging for gold, other people were able to make money selling shovels and pickaxes. Soon you had an entire ecosystem,” she said.

She believes new products and services will be developed, especially in tourism.

Space Travel Alliance is planning to use a new, re-usable spacecraft, that can take off and land like an airplane. These ‘spaceplanes’ will be ready for take-off in about a year, Fuglesang believes. After that, the Swedish government needs to develop new regulations for manned spacecrafts, and export of space-related technology.

The company hopes to be able to send the first tourists into space within 3 to 5 years, and until then, they want to offer future space travelers astronaut training, such as G-force and zero-G training.

Eventually, ordinary people will be able to go on extended space trips, Fuglesang thinks. The next step after the space jumps is putting a craft in the orbit, but this is probably a couple of decades away for tourists.

“That will be more like a rich people’s thing. In 50 years time or so, I think a lot people will be able to experience space travel. Many people will do it, they will even go to the moon,” he said.

Fuglesang, one of the very few people who have actually traveled in the orbit around the Earth, says it is a wild experience.

“The Earth isn’t so big. It only takes 90 minutes to complete a full circle around it. You can’t see any borders, but you can see the atmosphere, how thin it is. Earth is so small compared to space,” he said.

As of today, only about 540 people have actually experienced space travel. There are only a few trips a year. With increased availability, several thousand people may go into space in the next few years, Karin Nilsdotter said.