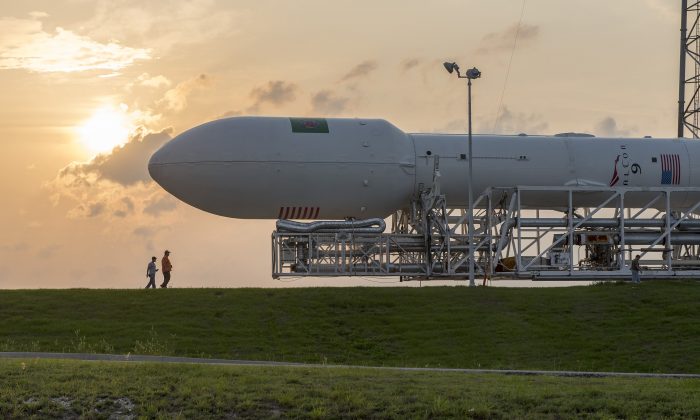 Space Tech May Bring 2nd Silicon Revolution, With Implications for Security and Business

We can largely thank the moon race of the 1950s and ’60s for the technologies at the foundation of modern cell phones, computers, and GPS. With a new space industry on the horizon, and with talks of military operations in space, it’s possible the world could see another technological revolution.

A recent note to clients from Morgan Stanley allegedly said space could create a $1 trillion economy. In a move that may help drive some of that technological advance, President Donald Trump signed an executive order to create a Space Force as the sixth branch of the U.S. armed services.

These developments could have broad implications for global security and the global economy. To better understand the situation and how it may develop, I spoke with Robert J. Bunker, adjunct research professor at U.S. Army War College’s Strategic Studies Institute.

The Epoch Times: We’ve seen some interesting developments lately on space warfare programs with issues such as satellite and GPS security, and there is even public discussion on the potential domino effects of an anti-satellite weapon attack. What are your views on the security environment of space? How do you see space being a part of future warfare?

Robert J. Bunker: As space becomes increasingly militarized—sans nuclear weapons/WMD [Weapons of Mass Destruction], which are precluded in Article IV of the Outer Space Treaty, which entered into force on Oct. 10, 1967—I view it as turning into an arms competition primarily between China and the United States. Russia is becoming less and less of a factor given its dismal economic conditions.

Space is and will be an integral part of future warfare—it is the ultimate physical high ground. Satellites are key for national military ISR [intelligence, surveillance, and reconnaissance], and precision strike [via GPS] capabilities. If—or more likely, when—these ISR and precision capabilities are combined with conventional strike weaponry placed in space, principal warships [aircraft carriers] could be engaged with hypersonic weaponry—”Rods from God”—with minimal engage times. This is just one potential example of space power influencing terrestrial combat.

The Epoch Times: Space competition will likely have direct benefits for the economy. We saw this in the silicon revolution, and there are estimates now that the new space programs could create a $1 trillion economy. We can assume there will be competition in this realm, which will likely include dual-use military and economic technologies, and possibly new technologies that could change our way of life. How do you see this situation playing out, particularly when it comes to the issue that many technologies will likely be dual-use for both military and the economy?

What Google and other high-tech companies are doing with AI and facial recognition for commercial purposes also has direct military and military-space applications. Thus, at the high-tech end, this is becoming a blur of capabilities.

Also, given what we have seen with China, they have been far more willing to export their weaponized drones internationally to obtain hard cash and to cultivate foreign influence. If the United States does not export some of these space technologies to its close allies in the future, they may begin to increasingly look to China for such sales.

The Epoch Times: We can assume that the creation of military space programs will lead to the concurrent creation of new types of weapons designed for space, such as lasers or rail rifles, and increased focus on electronic warfare, developments in drones, new types of thrusters, and others. How do you see these technologies affecting the nature of military conflict and competition?

Bunker: I envision at least four types of offensive approaches for space combat: one, kinetic kill derived from conventional and hypersonic [5x speed of sound] guns and missiles; two, directed energy utilizing beam, e.g. thermal, or pulse, such as electromagnetic pulse (EMP) weapons; three, cyber attacks to take over opposing space assets such as satellites, and four, the physical capture of a space asset.

In many ways, this will mimic high-tech terrestrial combat, which will increasingly be relying on Third Offset Strategy technologies such as artificial intelligence (AI), big data, and networks, unmanned systems and robotics, directed energy weaponry and shielding, and advanced stealthing.

Bunker: In the near term, a Space Force (or Corps) would resemble the U.S. Air Force with “fighter air-space craft,” but in the much longer term, it would begin to look more like the U.S. Navy with “submarine-like” orbiting craft, which would function as stationary armed space stations and/or mobile weapons platforms. However, the use of unmanned weaponized space systems—with humans “in and on the loop”—would blur the lines between such distinctions.