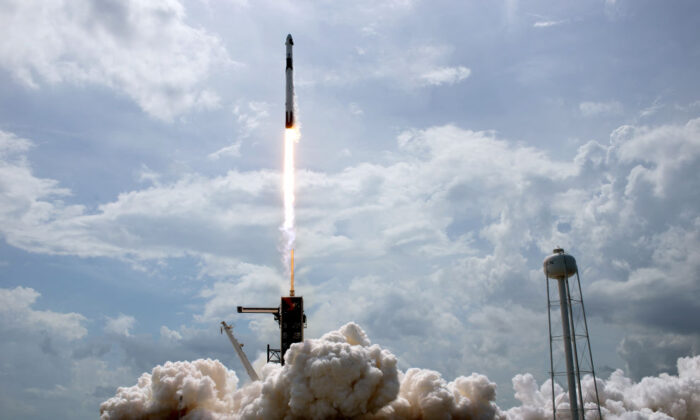 Space Regulation Needs to Keep Up with Ever Increasing Traffic

Experts from Australia’s Flinders University are calling for a step up in the regulation of space activities amidst the rapidly evolving commercial use of space and growing reports of space debris found in several places around the globe.

In a recent report—titled Low Earth Orbit, Satellite Constellations and Regulation—governments are asked to pay closer attention to the growing use of low-Earth orbit (LEO), with experts particularly concerned about the huge commercial interest in satellite mega-constellations in that space.

The LEO is an orbital region up to an altitude of 2,000km and is considered close enough to Earth for convenient transportation, communication and observation. It is the region in which the International Space Station currently orbits and where commercial space traffic, mostly in the form of satellites, is rapidly increasing.

Research associate in space law from Flinders University’s College of Business, Government and Law, Joel Lisk, said in a release on Tuesday that current laws covering space activities are under stress due to the sheer speed at which the commercial space industry is evolving.

“There is a need to work towards ensuring that we have broad and flexible regulatory settings that are geared to rapid change and future developments,” he said.

“Without these ambitious and progressive steps, we risk reducing commercial activity, lower levels of investment—and society will miss out on the benefits that can be derived from this important sector.”

Concern Over Safety and Sustainability of Commercial Space Activities

With corporations moving quickly to set up large-scale satellite constellations in the LEO, the phenomenon has been likened to the ‘gold rush’.

According to the researchers, between 2014 and 2019, the number of satellites orbiting Earth increased by 77 percent, with the number increasing a further 37 percent in 2020 alone to 3,371 active satellites in orbit.

American aerospace company SpaceX’s Starlink system has received approval for the deployment of 12,000 satellites and is seeking a green light for a further 30,000 satellites.

Flinders University Professor and deputy chair of the Space Industry Association of Australia, Melissa de Zwart, has safety concerns over the dramatic increase in LEO traffic.

“We have heard about the possible Starlink debris falling to Earth in regional New South Wales, and Russia’s move to exit the International Space Station, which is due to be retired after 20 years in space,” she said.

“We also need to weigh up the risks against the advantages of opening up promising new low-cost channels of communication and connectivity, as well as Internet of Things and Machine-to-Machine applications, that could bring significant benefits to remote and financially disadvantaged communities.”

In addition to concerns over LEO capacity and debris potentially causing harm in space and on Earth, the report also looks at other challenges, including the management of competition between operators in the LEO region.