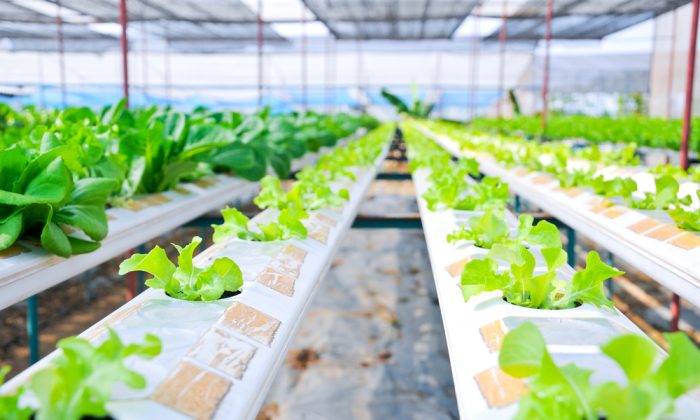 Hydroponics vegetable, the nutrition in the future? (*Shutterstock).
Science

Space Exploration Can Drive the Next Agricultural Revolution

Habitation of outer space needs solving air, water, energy and food supplies within a tight space. And this isn’t a problem of an apocalyptic, remote future. Developing this technology addresses some of the grand challenges to our civilisation. Space exploration can be one of the main drivers to revolutionise sustainable agriculture on Earth for many reasons.

First, so far agriculture has not been a driver of innovation in automation, but a beneficent of it. That needs to change. The current economy promotes increasing the size of farm equipment and producing a single crop for many years, which are techniques better suited to automation. Advances in robotics can decrease the detrimental effects of farming by improving resource management and inter-cropping (that is changing the type of crop produced). Small-scale robotic platforms can provide each plant with the required resources as it needs them. This can help agriculture reclaim urban environments, such as inside buildings or on roofs.

Addressing the challenge of making urban environments greener is similar to the challenges of solving food production on a spaceship or in a Mars colony. Solutions will not come from incremental changes to the current system, but require a disruptive approach – such as the use of robots.

Second, sustainable agriculture is a systems challenge that requires advances in renewable energy and integration of resource management, especially in urban environments or those of a spaceship.

Going to Mars is a “rucksack problem”. Explorers have to decide on a combination of provisions and tools that allow them to maximise exploration and minimise their risk of failure. They are limited by the size of the spaceship. Larger vessels can bring more goods, but also require larger crews to maintain them, again requiring more resources.

Leaving the Earth is not easy. The launch mass of a spaceship is limited by fuel constraints. The larger the mass, the more fuel is needed for lift-off. This limits how long we can sustain ourselves in space, where we can go and what we can do there.

Calculating the right launch mass and potential yield has shown that growing food in space becomes advantageous for missions exceeding two years in space. For shorter missions the additional launch mass required to grow plants would be better used by bringing additional resources. An alternative scenario is to launch life support systems to arrive before humans do. In both cases, automation is necessary because use of humans in space is inefficient.

On Earth advances in agricultural practises and transport systems have solved the automation problem in even the most remote locations. But this approach is about to reach its limit, and may be solutions from space research can help. For instance, solutions for a sustainable presence in space need better use of the resources, including efficient recycling. So food could be grown from waste water and carbon dioxide. Such technology would have benefits on Earth too.

Third, NASA’s development of advanced life support systems is strongly dependent on the perceived value of its mission. Using space exploration as a driver to solve our most pressing grand challenges: air, energy, water and food is a strong narrative to gain public support.

Growing food in space is not a critical component of missions yet, but will be soon enough. Research in space-based agriculture should focus on three fronts: increasing our knowledge of in-space plant growth, solving the key challenges to plant maintenance and understanding the impact that such kind of living has on humans in the isolation of space.

These three developments are closely related and all get help from robots. As fully autonomous plant maintenance requires solutions to a series of hard problems in perception and manipulation, the initial focus should be on remote operation of the growing process. Devising a system that solves all the mechanical, user interface and communication challenges that would allow for sustainably growing plants can serve as the basis for future automation. This could then motivate its own mission, such as deploying a greenhouse container to the Moon or Mars.

*Image of vegetables via Shutterstock.

This is an edited version of an essay that appeared on RoboHub. Nikolaus Correll has been awarded an early career fellowship from NASA.