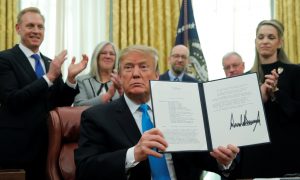 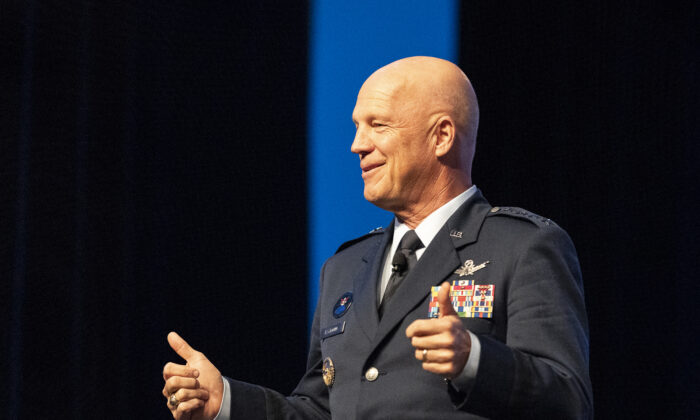 Development of “space warfighters” is a priority, the head of the newly-minted Unites States Space Command said on Monday, as he expressed his hope that Congress can break the budget deadlock and green-light a fully-fledged Space Force.

Space Command had grown to around 400 staff members in the span of a year, General John Raymond told an audience at the Center for Strategic and International Studies, describing progress as “unprecedented.”

He said that an 11-word sentence has become something of a mantra: “Space is a warfighting domain just like air, land, and sea.”

“I’m really eager for Congress to pass this NDAA (National Defense Authorization Act) so we can have the Space Force,” said Raymond.

“What we’re looking to do is to elevate space and separate it from the Air Force and have a singularly focused service focused on this domain,” he said.

The importance of space as a warfighting domain, alongside various incarnations and plans for a space force, has drifted in and out of vogue with defense analysts and policymakers for decades.

President Donald Trump had originally planned for the creation of a separate Space Force on an organizational par with the Air Force, Navy, or Army when he announced it in 2018, following the publication of the 2018 National Defense Strategy which picked out space as a key domain in renewed military competition with Russia and China.

But plans were stripped back in the machinations of Congress, at least temporarily, and the United States Space Command (Spacecom) was established as something of a stop-gap compromise.

Different proposals for creating a space service are outlined in different versions of the NDAA for Fiscal Year 2020 currently stuck in Congress.

Spacecom was officially launched in August. Raymond said that that one of the priorities of the Space Command is “growing space warfighters.”

“That’s a two-part problem,” he said. One part is getting space operators familiar with joint warfighting. The other is familiarizing those already well-versed in warfighting with the domain of space.

Although space has yet to be elevated to an equal footing as a service, Spacecom is a fully-fledged geographical command.

The equipping, organization, and training of U.S. military services are handled through a hierarchy that runs up all the way up to the heads of the Air Force, Army, Navy, and so on. But the actual deployment of the military, which often requires mixing of the forces, is ultimately handled through a parallel hierarchy: Commands.

Spacecom sits at the highest command level alongside geographical commands, such as the U.S. Indopacific Command and the U.S. Africa Command.

Adding to the potential confusion is the fact that Space Command had a previous incarnation from the tail-end of the Cold War.

“Many of you know that we had a space command from 1985 to 2002,” said Raymond.“Some might say, ‘Why did we bring it back?’ What’s different about this command compared to the one that was stood down in 2002?’”

The National Defense Strategy emphasizes the need for the United States to be able to fight across five domains–air, land, sea, cyber, and space—to counter renewed great power competition from Russia and China.

“We have a great opportunity that we are not wedded to the past,” said Raymond. “We are starting kind of from scratch, so we can build this command in a way that gets after the challenges that we face.”

One of the proposals for how to integrate a space force into the military and the already existing Air Force would be similar to the relationship between the Navy and the Marine Corps, noted Raymond.

Raymond emphasized that a key priority was to create greater links with commercial organizations and allies, noting that he recently briefed the North Atlantic Treaty Organization (NATO).

“NATO is about to declare space as an operational domain, and it’s very important we have that link,” said Raymond.

A 2019 Defense Intelligence Agency report said that “Chinese and Russian military doctrines indicate that they view space as important to modern warfare and view counter-space capabilities as a means to reduce U.S. and allied military effectiveness.”

Both reorganized their militaries in 2015, according to the report, emphasizing the importance of space operations.

“Both have developed robust and capable space services, including space-based intelligence, surveillance, and reconnaissance. Moreover, they are making improvements to existing systems, including space launch vehicles and satellite navigation constellations,” said the report.