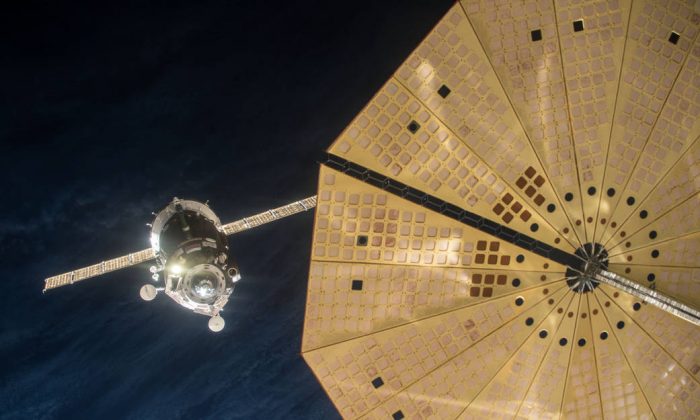 The three replaces another group of astronauts who were on ISS until leaving last week.

Malenchenko was forced to take over the Soyuz at the last minute in a rare maneuver. However, he easily glided the rocket to dock in the ISS Rassvet module.

“Well, we have finally arrived,” Malenchenko said over radio, according to CBS News.

According to NASA, “During more than five months on humanity’s only microgravity laboratory, the Expedition 46 crew members will conduct more than 250 science investigation in fields including biology, Earth science, human research, physical sciences and technology development.”

Expedition 46 crew is complete! Now in crew conference with family and officials in Baikonur. #Principia pic.twitter.com/PWeZu64P93

“The thoughts and prayers of the whole country are with him and he crew, especially at this time of the year,” she said, reported the Guardian.

“We join with his friends and family in wishing him a productive mission and a safe return to earth.”

Astronaut Helen Sharman had advised Peake to “look out of the window occasionally” to catch a glimpse of Earth from orbit, as it “will be something that will stay with him for the rest of his life,” according to the Independent newspaper.