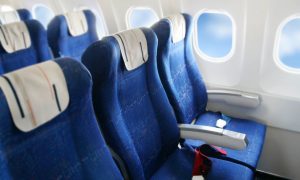 CHICAGO—Southwest Airlines says no one was injured when one of its planes aborted takeoff at Midway International Airport in Chicago due to a mechanical issue.

Airline spokeswoman Emily Samuels says emergency responders met the Boston-bound plane Wednesday night and that the 143 passengers exited via air stairs and returned to the terminal.

Chicago Fire Department spokesman Cmdr. Frank Velez tells the Chicago Tribune one of the plane’s engines caught fire, but the airplane has since been secured.

Number of Passenger Airplanes Expected to Double in 20 Years
On a Noisy Airplane, Some Foods Taste Different

Samuels says that the company is awaiting reports on the incident and that she has no details about what happened. She says the plane will be inspected.

The plane was headed to Logan International Airport in Boston. Passengers were flown to Boston in another aircraft early Thursday.