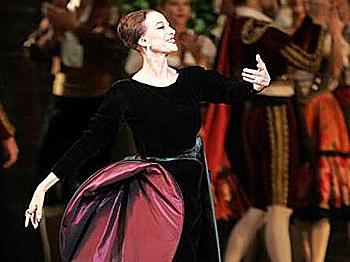 On November 20, 2005, Russian ballerina Maya Plisetskaya performs on her 80th birthday during a show in the Great Kremlin Palace at the Moscow Kremlin, Russia, a private palace of the Russian Tsars. (Yuri Kadobnov/AFP/Getty Images)
US

The $600 million in supplemental funds will be used to improve technology at the border, share information and support with the state, local, and tribal law enforcements, and increase Department of Justice and Department of Homeland Security’s presence and law enforcement activities at the border, such as adding agents, investigators, and prosecutors to target illegal traffics in people, drugs, illegal weapons, and money across the border, according to the White House.

“I have made securing our southwest border a top priority since I came to office,” said Obama in a statement.

“That is why my administration has dedicated unprecedented resources and personnel to combating the transnational criminal organizations that traffic in drugs, weapons, and money, and smuggle people across the border with Mexico.”

Although not explicitly mentioned in the bill, Obama has also authorized the deployment of up to 1,200 National Guard troops to the border when necessary. A deployment has already begun.

“The resources made available through this legislation will build upon our successful efforts to protect communities along the southwest border and across the country. And this new law will also strengthen our partnership with Mexico in targeting the gangs and criminal organizations that operate on both sides of our shared border,” said Obama.

Congress passed the bill on Thursday.