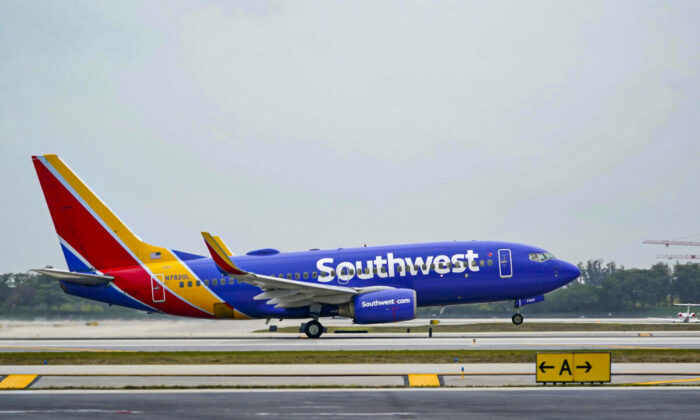 Southwest Airlines Apologizes After Thousands of Flights Canceled or Delayed

Southwest Airlines, one of the world’s largest low-cost carriers, issued a public apology after thousands of flights were canceled or delayed early on April 2.

The airline’s operations were affected by an “intermittent technology issue” as well as “ongoing weather challenges in Florida,” Southwest said in a travel advisory. “We offer our heartfelt apologies for any inconvenience, and we will continue to work with customers who experience a disruption in their travel plans.”

According to data from FlightAware, Southwest faced 1,562 flight delays and 520 cancellations on April 2. Systems went down around 4 a.m. but came back shortly at around 6 a.m., a spokesperson from Houston Airports told KPRC 2.

Customers who “purchased their itinerary” through the airline’s website or mobile app were allowed to reschedule travel plans online. Others were asked to call customer service to resolve their issues.

“In order to provide maximum flexibility, Customers holding reservations to/from any Southwest destination from Saturday, April 2, through Sunday, April 3, may rebook in the original class of service or travel standby (within 14 days of their original date of travel between the original city-pairs and in accordance with our accommodation procedures) without paying any additional charge,” the airline said in the advisory.

Southwest customers shared their struggles online, as some had to endure lengthy customer service calls, exorbitant airfares, and double cancellations.

“This has been the worst day of traveling I have ever experienced,” said a Twitter user. “3 canceled flights. Zero support. Now I am stuck in Chicago for two days and having to pay for a hotel! This is going to cost you a loyal customer because it is costing me a ton!”

Some U.S. carriers have been facing operational challenges as the airline industry braces for a busy summer season. Air travel is rebounding to pre-pandemic levels and demand is rising as Americans plan for vacations.

On April 1, Alaska Airlines was forced to cancel more than 100 flights, a decision that affected 15,000 passengers on the West Coast, according to the Daily Mail. Roughly 9 percent of the flights were canceled that day, with Seattle topping the list with 66 cancellations, followed by 20 in Portland, 10 in Los Angeles, and seven in San Francisco.

The airline apologized for failing to serve its customers and tried to place the blame on pilots for operational delays. But the Alaska Airlines pilots union blamed the company, in turn, for shortcomings in properly planning ahead for the rise in demand by attracting and retaining pilots.