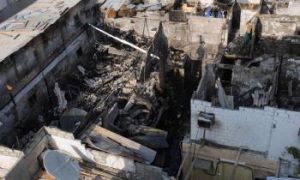 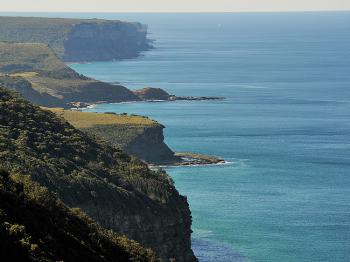 PACIFIC TIDES: In nature there is a natural cycle of renewal. Tides come in and go out. These same cycles can be seen in the political world as well. Partisan pendulums swing, at least they do in a democracy. (Greg Wood/AFP/Getty Images )
US

By Mary Silver
Print
Atlanta, as everyone knows, went up in flames—destroyed during the Civil War. Few American cities share that history, though many in older civilizations do. After the war it was rebuilt quickly. Atlanta’s symbol is the phoenix, the immortal bird that is reborn from fire. This image gives me a smidgen of optimism.

Our political system looks as if it might go up in flames. The federal government can’t agree about next year’s budget, and may shut down. The rhetoric is smoldering, and at times, fiery. The demagoguery is definitely flaming; not going to name any names here out of politeness. As mama told me, if you can’t say anything good, don’t say anything at all.

It is fair to say we are in a civic and fiscal tight spot. But even with this, I have a smidgen of optimism.

In nature there is a natural cycle of renewal. Tides come in and go out. These same cycles can be seen in the political world as well. Partisan pendulums swing, at least they do in a democracy.

Under the rhetoric and theater of the 2012 budget lies a profound philosophical difference. One of the reasons our elected representatives cannot come to an agreement is that a vast chasm exists between them. They’re stuck. It’s like a drought, during which little can grow. The cheerful little raindrops of compromise cannot fall on the sad, cracked ground of disagreement about the role of government.

Even this can be renewed.

We built a more perfect union after the Civil War. It started over an even more profound disagreement—whether America could continue the practice of slavery. This fight incurred great losses—after the war some towns had no young men left at all, according to, “Aftermath of the Civil War,” by Erika Lindemann of the University of North Carolina—but America was eventually renewed.

The South had a severe hydrologic drought in recent years, so severe that aquifers were affected. It lasted so long that we forgot that the creek, which runs through my yard was actually a creek. We started calling it a ditch instead. It seemed impossible that it could support life.

In the same way, it seems impossible that civility and unselfish devotion to public service could be supported in our public life. But it can, and I am looking for it.

As a reporter, I have met elected representatives who are trying to serve their communities and their country. They exist. I saw a state senator and state congressman from opposite parties present an honor to Shen Yun Performing Arts together, side by side. I saw each give a heartfelt speech about what the production’s artistry meant to them. They had nothing to gain, no quid pro quo—just serving their constituents. Doing something both good and nonpartisan.

I saw a city councilman work for years to create a park from a formerly bleak, crime-ridden wasteland in his district. Renewing his neighborhood, serving others. No big lobbyist was showering money on him to get it done.

The councilman was able to do the right thing, so I won’t be cynical about the state of the nation. It has cycles of destruction and renewal just like nature does. It’s in trouble today, but it will heal.

The drought ended last year. I lost a camellia or two, but the creek flows again. Children climb down its banks and find tadpoles.

I was poking around on the formerly arid banks and what did I see, but a yellow morel mushroom, fat and plump! I sautéed that thing in butter and shared it with my family. We felt renewed after we ate it.