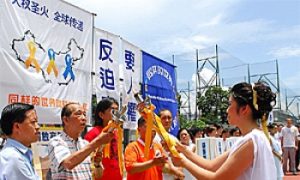 My eye doctor is old. How old is he? (Cue Grandpa Simpson’s voice.) When I told him I was having trouble reading my laptop screen, he checked my eyes and wrote me a prescription for “half glasses.”

The person at the glasses place had not heard of half glasses either. They turned out to be what Benjamin Franklin wore. So my eye doctor is pretty old, but I was still surprised when I called his office and learned he had abruptly closed his practice.

His nurse and I bonded during my decades as their patient. So she told me the real deal.

“Insurance companies wouldn’t pay his claims,” she said. “Then when we’d resubmit them with a different code, they’d say, you already submitted this, you can’t change your mind. He’d bill his patients and they’d get mad at him. They wouldn’t pay. He could not bring himself to turn them over to a collection agency. He just couldn’t do it. But he couldn’t pay his bills.”

This column is not about health care reform or insurance companies. Those are matters of policy and business. This is about gratitude.

If a person takes care of your health, you owe him.

Dr. X could not turn his patients over to a collection agency because he had a sense of loyalty and responsibility to them. Even though it finally cost him his practice. Those patients are ingrates.

For a while I had a stubborn illness. My doctor would fit me in at 6 p.m. I could tell he was tired but he never turned me away when I was suffering. He performed a surgery on me that took eight hours, and he was there when I woke up, ready to smile and joke and explain everything. He wore Looney Tunes ties to cheer his patients up. My favorite was Tweety Bird.

Sometimes my HMO would not cover everything he did for me. He’d send me a bill. I would pay. A lady in the insurance office told me I did not have to. I paid anyway. Later, it seemed a drug he prescribed me might have caused a secondary illness. I let it go. I did not care.

Nurse X referred me to a new doctor. He is old too, and just as warm and respectful as Dr. X. He did not push the Benjamin Franklin glasses.

I saw him today. At the bottom of the new patient form it said, “You are responsible for any charges your insurance company refuses to pay.” I signed that. Everybody signs that.

In much larger print, posted at the reception desk, was a sign that said, “Please let us know if paying your bills will cause a hardship. We will work with you.”

In ancient Chinese culture, “Apricot Forest” was a term used to refer to the medical community. The name comes from the story of Dr. Dong Feng who would ask patients he had cured to pay him by planting apricot trees. Once the trees became a forest, he sold apricots on an honor system. People were to take apricots and leave an equivalent amount of rice to pay for the fruit.

Dr. Feng used the rice to help his patients who were in financial difficulty. If people tried to cheat by not leaving enough rice, tigers would come out of the forest and chase them.

Deadbeat patients of Dr. X, watch out for tigers.