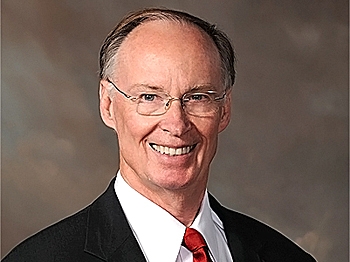 Southern Style: Alabama is My Brother

By Mary Silver
Print
Here in Georgia, we like to mock our next-door neighbor, Alabama. We say they marry their relatives, need dental work, go barefoot, and eat possums. We thank them and their neighbor Mississippi for sparing us from always coming in 50th on various rankings of wellbeing and prosperity.

We kid because we love. But sometimes Alabama really does do something to embarrass us.

Alabama Gov. Robert Bentley. Why, oh why did you give voice to that ugly thought on Martin Luther King Day? In a church where King was a pastor?

He said, in his first week in office, "Anybody who has not accepted Jesus Christ as their savior, I'm telling you, you're not my brother and you're not my sister." The rest of the sentence, not reported everywhere, was “and I want to be your brother."

Now that is not kosher on so many levels, especially coming from an elected official.

Bentley tipped into the latter type of weasel apology—possum apology?

He said, "If anyone from other religions felt disenfranchised by the language, I want to say I am sorry,” according to local station WTVO.

Why not kosher? Well, it does hurt the feelings of Jews, and indeed it makes them and people of other faiths wonder if they can expect to be treated fairly while he is in office. Did he mean they would have to convert to become his brother? It seems he really did. The Anti-Defamation League (ADL) wondered the same thing.

Bill Nigut is regional director of the ADL. He released a statement saying, "Governor Bentley's remarks suggest that he is determined to use his new position to proselytize for Christian conversion. If he does so, he is dancing dangerously close to a violation of the First Amendment of the U.S. Constitution, which forbids government from promoting the establishment of any religion."

A couple of things I love, as an American and a Southerner. I love that beautiful, wise First Amendment. And I love the ideals of Martin Luther King.

It is why a governor needs to keep that theological foot out of his mouth. He can believe whatever he likes, but he has to find a way to keep his beliefs separate from his duties as leader of the great state of Alabama.

Then there’s the not my brother part. I spent an uplifting four hours in Ebenezer Baptist Church on Jan. 17—celebrating Martin Luther King’s 82nd birthday in another church where he was a pastor. What struck me at the service, and has struck me while knowing and working with many veterans of the civil rights movement, is how serious the Kingian nonviolent philosophy is about inclusion. I have seen it in big and small ways, attending a community meeting as the only white person, welcomed with kindness. The King Center always inviting a rabbi to sing “We Shall Overcome.” I could give many more examples.

King, and all those movement people, took inclusion, not making people feel left out, utterly to heart. It was and is a core value for them. They were mostly Christians, and they regarded all men and women, of all faiths, as their brothers and sisters.

So Alabama, you are my brother. You still cannot convince me to eat possum.