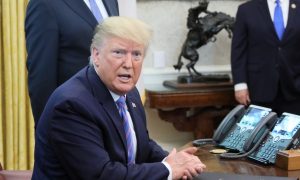 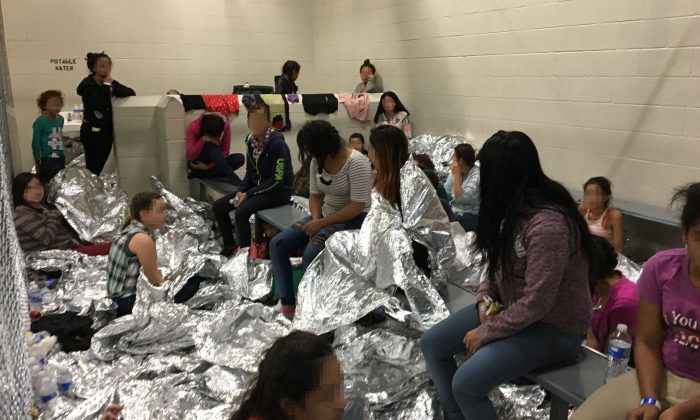 The Southern Poverty Law Center (SPLC) is suing the Trump administration on behalf of immigration detainees that the organization claims are being subjected to conditions equivalent to “torture,” in facilities where they are allegedly denied proper medical care and disability accommodations.

Critics say the Montgomery, Alabama-based SPLC, whose founder, Morris Dees, and president, Richard Cohen, were ousted earlier this year—allegedly for employee abuse—treats all opposition to illegal or legal immigration, open borders, and multiculturalism as hate, and all political expression of those views as hate speech. The SPLC also has a record of promoting hate crime hoaxes, the critics say, as well as ignoring bias incidents against white people and Jews targeted on university campuses by Islamist and anti-Israel groups.

In June 2018, the SPLC paid more than $3 million as part of a legal settlement to former Muslim extremist Maajid Nawaz for wrongfully placing him and his counter-extremism think tank, Quilliam, on an anti-Muslim hate list.

The new class-action lawsuit against U.S. Immigration and Customs Enforcement, known as Fraihat v. ICE, was filed Aug. 19 in the U.S. District Court for the Central District of California. The named plaintiffs are 15 detainees from countries that include Sudan and Mexico, along with two open-borders groups: Ontario, California-based Inland Coalition for Immigrant Justice; and Los Angeles-based Al Otro Lado (“To the Other Side” in English). The legal complaint identifies eight ICE detention facilities including a privately operated center in Adelanto, California, and Teller County Jail in Colorado.

The complaint occurs within the context of an unprecedented flow of illegal aliens across the southern border. At a March 27 press conference, U.S. Customs and Border Protection (CBP) Commissioner Kevin McAleenan said, “Two weeks ago, I briefed the media and testified to Congress that our immigration system was at the breaking point. That breaking point has arrived this week.”

The Trump administration has blamed the crisis on legal loopholes that the new waves of illegal immigrants exploit and Congress hasn’t fixed.

The lawsuit was initiated by the SPLC, along with the Civil Rights Education and Enforcement Center, Disability Rights Advocates, and the law firm of Orrick, Herrington, and Sutcliffe. Lawyers claim the government has failed to ensure that detainees, who suffer from “a range of serious medical and mental health conditions including diabetes, cerebral palsy, chronic pain, hypertension, bipolar disorder, and schizophrenia,” receive appropriate medical and mental health care.

“ICE’s abject failure to monitor or enforce standards at the approximately 158 detention facilities where it imprisons immigrants for more than 72 hours has resulted in an unconscionable risk of harm to these men and women who came to this country seeking refuge,” said Lisa Graybill, deputy legal director for the SPLC.

The legal complaint states, “On a daily basis, Plaintiffs and the record number of immigrants currently in ICE custody are subjected to horrific, inhumane, punitive, and unlawful conditions of confinement.”

“These human beings—many of whom have fled torture—are packed into immigration prisons in which they are denied healthcare; refused disability accommodations; and subjected to arbitrary and punitive isolation, a practice that is increasingly considered torture,” according to the complaint.

ICE officials have told reporters that comprehensive medical care, including dental care and 24-hour emergency care, is given to all detainees and that about 1 percent of detainees live in segregated housing at any given time.

ICE responded to a request for comment from The Epoch Times but wouldn’t discuss the specifics in the lawsuit.

“ICE does not comment on pending litigation. However, the agency’s lack of comment should not be construed as agreement with or stipulation to any of the allegations,” said Shawn Neudauer, a public affairs officer at ICE.

On July 3, President Donald Trump, who campaigned on curtailing the flow of illegal aliens into the country, used Twitter to push back against critics of his immigration policies.

After Rep. Alexandria Ocasio-Cortez of New York and other Democratic lawmakers visited an immigration detention center and claimed the detainees were being mistreated, the president wrote on Twitter:

“If Illegal Immigrants are unhappy with the conditions in the quickly built or refitted detentions centers, just tell them not to come. All problems solved!”

Trump also wrote on Twitter that resources at the border are strained so U.S. Customs and Border Protection officers are having to do things that fall outside their usual responsibilities.

“Our Border Patrol people are not hospital workers, doctors or nurses. The [Democrats’] bad Immigration Laws, which could be easily fixed, are the problem. Great job by Border Patrol, above and beyond,” he said.

“Many of these illegals [sic] aliens are living far better now than where they came from, and in far safer conditions,” Trump added.