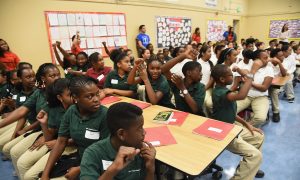 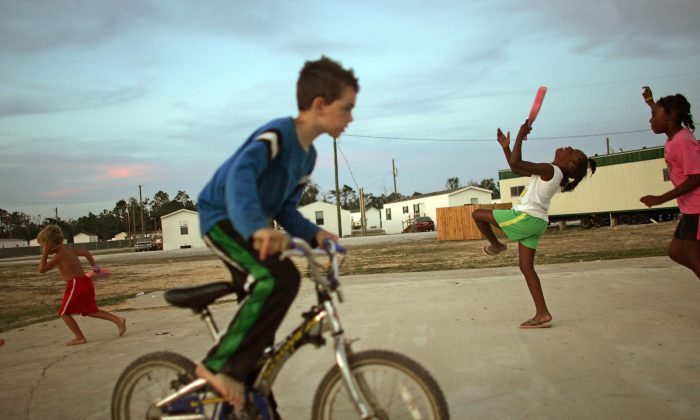 WAVELAND, MS - MAY 27: Children play in the FEMA trailer park where they live after their homes were destroyed by Hurricane Katrina May 27, 2006 in Waveland, Mississippi. The Gulf Coast has been slow to recover from the storm and the next hurricane season begins June 1st. (Photo by Mario Tama/Getty Images)
US News

“This ruling is a major victory for parents who simply want what every parent wants: the ability to choose the best possible education for their children,” Aaron Rice, director of the Jackson-based Mississippi Justice Institute, said in a statement. “We are happy for our clients and for every parent and student in Mississippi who will continue to have increased educational choices because of this ruling.”

Most Mississippians support charter schools, according to a survey the American Federation for Children released in 2016. Respondents showed 57 percent support for charter schools as a concept and 77.6 percent support for “the parent’s right to use the tax dollars associated with their child’s education to send their child to the public or private school which best served their needs.”

The litigation was initiated by far-left public-interest law firm Southern Poverty Law Center (SPLC) in an effort to defund charter schools in Jackson. In the Magnolia State, more than 90 percent of students in charter schools are black. Supporters of charter schools say they give poor students who would otherwise be trapped in failing public schools an opportunity to succeed in an academic setting.

But in this case, known as Araujo v. Bryant, the court ruled 7–2 on Sept. 5 that the SPLC’s clients, the plaintiffs, who are parents in the Jackson Public School District, failed to “meet their heavy burden to overcome the presumption of constitutionality in favor of” the funding formula laid out in the Mississippi Charter Schools Act of 2013.

Plaintiffs Charles Araujo, and six other taxpayers who are parents of children in the school district, originally sued Republican Gov. Phil Bryant, the Mississippi Department of Education, and the school district in the Chancery Court of Hinds County. The Mississippi Supreme Court ruling upholds a decision by the lower court disallowing the claim on Feb. 13, 2018.

The plaintiffs contended, according to the Mississippi Supreme Court, that Article 8, Section 206, of the state constitution authorizes a school district to maintain only “its schools,” and that a charter school “is its own, separate school district” and therefore not eligible for taxpayer funding.

The Mississippi Supreme Court rejected this line of thinking and found that the phrase “its schools” “includes the schools that belong to the school district and are in association with the school district.” The Charter Schools Act “provides that all charter schools in the state ‘are public schools and are part of the state’s public education system.’”

Tiffany Minor, the mother of a student at Smilow Prep, a charter school in Jackson, said she was “very excited” about the ruling. “It gives my daughter and other children the opportunity to choose what type of education they would like at what school they choose to go to. So I’m very excited. This was the best decision ever. I love it.”

SPLC senior supervising attorney Christine Bischoff said in a statement, “Today’s ruling is a loss for Mississippi’s 470,000 public school children, and for the taxpayers who will continue to see millions of public dollars drained from traditional public schools.”

Critics say the Montgomery, Alabama-based SPLC, whose founder, Morris Dees, and president, Richard Cohen, were ousted earlier this year amid accusations of racial discrimination and employee abuse, unfairly tars conservatives as racist as a matter of policy, treats all opposition to illegal or legal immigration, open borders, and multiculturalism as hate, and all political expression of those views as hate speech.

The center blames something it calls the “Trump Effect” for thousands of cases of alleged “prejudice,” “bullying,” and “hate crimes” in the nation’s schools.