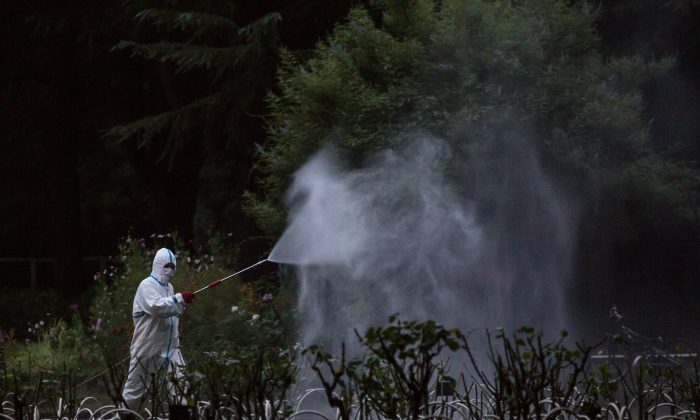 The number of dengue fever cases in southern China’s Guangdong Province reached 1755 by September 9, according to the latest report from Guangdong Provincial Center for Disease Control and Prevention. This is exceeds the total annual number of cases for any previous year for the province.

90 percent of the dengue fever cases were in Guangzhou City, capital of Guangdong, and 32 of the cases are severe, the report says. No deaths have been reported.

The peak period of dengue fever is normally in September and October, but the peak period this year has come early, said Zhang Yonghui, director of the Guangdong Provincial Center for Disease Control and Prevention, to Guangdong’s Southern Metropolis Daily.

Zhang indicated that while the number of dengue fever cases in previous years normally totals around 1000, it has already reached over 1000 by the beginning of September this year. It’s likely to be related to the high moisture and temperature this summer, which were favorable to the breeding of mosquitos, Zhang said.

Dengue fever is a mosquito-borne disease caused by one of five types of dengue viruses. It causes severe flu-like symptoms and can be fatal in severe cases. The symptoms of dengue fever usually include high fever, severe headache, pain behind the eyes, joint and muscle pain, nausea, vomiting, and a rash. No specific vaccine or medication to prevent or treat dengue fever has been found.

Across from mainland China, Taiwan also has a severe outbreak of dengue fever this year with the number of cases reaching 1,694 by Sept. 8, the highest number in 11 years, according to the Centers for Disease Control in Taiwan. 1555 cases are from Taiwan citizens, and the other cases are individuals from from Indonesia, Malaysia, Philippines, Singapore, Thailand, mainland China and so on.

Japan has also reported 97 cases dengue fever cases as of Wednesday, according to the Japan Times.