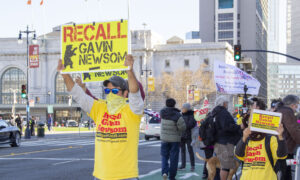 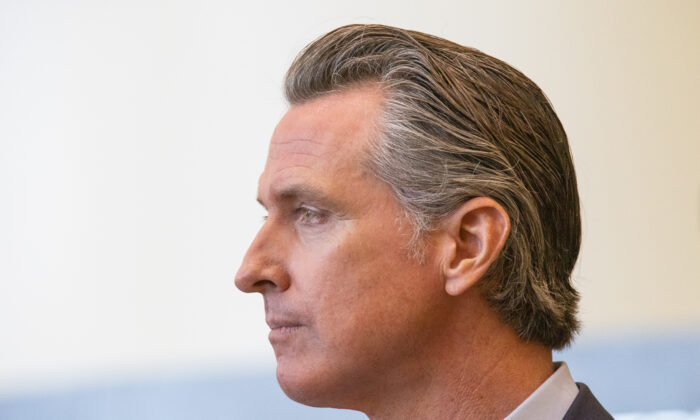 The campaign to recall Gov. Gavin Newsom appears to be a go, and while supporters of the initiative say they’re hopeful for a change, opponents are defending California’s political leader.

“He’s trying to control our lives,” Jennifer Harty, who signed the recall petition, told The Epoch Times on April 27. “We just need a fresh start. It’s time for a change.”

The Tustin resident said she was upset with how the governor handled the pandemic, and how governmental overreach hurt the economy.

“The way he handled the pandemic has been tragic,” she said. “The way that he runs the economy is another—he puts priorities in the wrong places.”

Not everyone is critical of the governor’s performance.

Ventura County resident Tom McAdam, 80, said the recall was a waste of time, money and resources.

“I don’t recall an effective person who’s doing an effective job. He’s done exactly what he’s supposed to do. We shouldn’t do it in California. You can pull any governor back after four years if you want. A recall just wastes our money.”

He praised Newsom’s efforts to curb the COVID-19 pandemic, and said if voters want him out of office, they should wait until the 2022 election.

“Anybody who says they’re frugal and [supports the] recall is insane, because he only has four years without an election,” McAdam said. “The recall effort is just a waste of time, a waste of money, and a big total disruption for the state at a crucial time.”

The petition signatures are still being verified by county registrars until the April 29 deadline.

Orange County makes up about eight percent of the state’s total voter registration, he said. The county has garnered 13 percent of the recall signatures.

He said about 15 percent of Orange County’s registered voters signed the recall.

Nicholas Andrew of Costa Mesa said the pandemic has split politics along two sides: the economy and public health.

“He’s for the people as far as their health goes, even though it didn’t look good … for businesses,” Andrew told The Epoch Times.

The 37-year-old said the governor had to make a choice between putting public health first, or prioritizing the economy.

“He was in a tough position. He did what he [did with] the knowledge he was getting from the scientists [and] doctors—and the science side outweighed the business aspect of it,” Andrew said.

Andrew said those involved in the recall efforts value the economy more than public health.

“Whoever would have been in that position would have had a tough time deciding what to do. I don’t know if a Republican would have done the same thing he did. Maybe they would have went more on the business side—business owners—and less on the health.”

Newsom responded to news of the recall on Twitter on April 26 by firing back at supporters of the initiative.

James Chadwick of Santa Ana said Newsom is trying to attack the recall as a white supremacist movement. He said he doesn’t buy the argument that far-right extremists are behind the initiative.

“Now what he’s saying is the far right and the white supremacists and all these people are the ones who recalled him, which doesn’t make any sense to me,” Chadwick told The Epoch Times.

“You go down that list of 2 million names and think that every one of those people are white supremacists and Nazis?”